UNSUNG HEROES: The Marine Who Was Knocked Out By An IED, Woke Up, And Began Treating His Injured Men

On June 2, 2011, Staff Sgt. Christopher Shranko was deployed to Sangin, Afghanistan as a platoon sergeant with 1st Battalion, … Continued 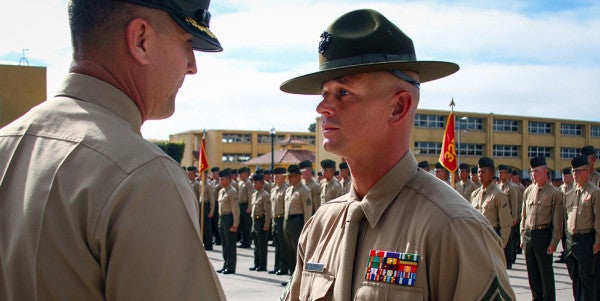 On June 2, 2011, Staff Sgt. Christopher Shranko was deployed to Sangin, Afghanistan as a platoon sergeant with 1st Battalion, 5th Marines, when his platoon’s overwatch element came under heavy enemy fire.

Shranko responded without hesitation and moved from cover into the open — where he was exposed to enemy gunfire — so he could direct his Marines’ fire onto the enemy position. Shranko coordinated reinforcements and surveillance assets, which ultimately forced the enemy force to break off their attack, according to a 2012 Department of Defense news article.

Then, just 10 days later, Shranko was on a foot patrol when an improvised explosive device detonated while Marines were sweeping for roadside bombs. Shranko, who was 10 meters away, was blown off his feet and briefly knocked unconscious. When he came to, he ran to the blast site and began treating casualties, applying tourniquets to amputated limbs, and coordinating a medical evacuation.

Over the course of his deployment, which began in April and ended in October 2011, the battalion, whose motto is “make peace or die,” lost 17 Marines and sustained 191 casualties, many of whom were seriously wounded, according to a 2011 report by the Los Angeles Times.

Shranko and his Marines partnered with Afghan forces on more than 100 combat patrols during their tour, coming under attack from an enemy that had the time and patience to watch and study their movements.

“The deployment was devastating. We lost a lot of guys,” said Shranko in the Department of Defense article about his heroism under fire. “The enemy would catch on to our tactics and use them against us. We had to constantly adapt to the flexible environment.”

On Nov. 29, 2012, Shranko, who was serving as a drill instructor at Recruit Depot San Diego, California, was awarded a Bronze Star for Valor for his heroic actions under fire.

“I definitely feel honored to be getting this award,” said Shranko, who has deployed five times. “Every Marine that I was out there with deserves one. I was just put in a position to do something that rated the award, but I have no doubt in my mind that they would’ve done the same.”