In the early morning on Oct. 2, 2010, more than 90 Italian soldiers and Afghan special forces huddled together as... 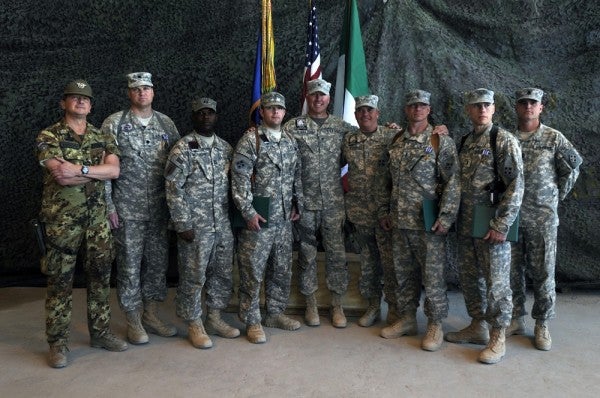 In the early morning on Oct. 2, 2010, more than 90 Italian soldiers and Afghan special forces huddled together as they waited to embark on CH-47 Chinooks. They were preparing for an air assault mission against an “insurgent hotbed,” according to an April 2011 Department of Defense news article.

The attack began at 5 a.m. and in a matter of hours the coalition troops became embroiled in a fierce battle against insurgent forces in a remote valley in Afghanistan’s northwestern Badghis province.

While the soldiers on the ground and their air support — helicopters from Task Force Comanche, 4th Combat Aviation Brigade — suspected there would be some fighting, they were caught off guard by how strong the resistance was.

“We knew there was potential for ground units to get in contact,” said Lt. Col. Ronald Lukow, the operation’s flight commander, in an April 2011 Army Times report. “Looking back at it, though, I don't think any of us expected that the insurgents could assemble a force as quickly as they did that day.”

According to an April 2011 Army Times article, troops on the ground became pinned down, taking fire from every direction and an emergency rescue was requested. However, they were at the bottom of a 2,500-foot river canyon that was only a mile wide and surrounded by mountains.

The narrow passage could prove dangerous for rescue and attack helicopters alike.

Seeing the Afghan and Italian soldiers engaged with the enemy 450 feet away, Procter opened fire with his 2.75-inch rockets and 30 mm guns, putting an end to the enemy attack and allowing the rescue aircraft — a mix of Chinooks and Black Hawk helicopters — to land.

“When in combat, it is not like the movies and/or training,” wrote Procter in an email to Army Times. “Without thinking you do what you must to save and protect their lives. They're my brothers in arms.”

During the battle, the enemy forces opened fire at the Apaches to little avail as the rounds bounced and ricocheted off the armored helicopters. But the enemy fire left the rescue helicopters bullet ridden, though still operational as they swooped across the valley amid enemy fire to evacuate the ground troops.

The battle resulted in citations for five Distinguished Flying Crosses, awarded to Lukow, and the four apache pilots, along with 14 Air Medals for Valor and seven Army Commendation Medals, also for valor.