When the Navy destroyer USS Donald Cook sailed into the Baltic Sea in April 2016, it had been more than two years since Russia seized Crimea from Ukraine.

Tensions between Russia and its NATO and European neighbors were still high, and the intervening period had seen a number of uncomfortable and even unsafe encounters between their forces, for which NATO often criticized Russia.

Adm. James Foggo, then a vice admiral in charge of the Navy's Sixth Fleet, had those in mind as the Cook sailed into the Baltic.

"I had warned them going up there that as they passed through the Danish Straits and into the Baltic that they should be prepared for something like that and that the only way that the world would recognize that it happened is if they had a recording or a photograph," Foggo, now commander of U.S. Naval Forces Europe and Naval Forces Africa, said on the US Naval Institute's Proceedings podcast.

"So the commanding officer [of the Cook], Chuck Hampton, told me afterward, 'Well, I had six combat cameramen on each bridge wing.' And I was like, 'Wow, that's a lot,'" Foggo said.

"He goes, 'Well, you told me if something happened I had to be prepared,'" Foggo added. "So that was part of their "man battle stations" type drill for close-aboard contacts."

Guided-missile destroyers like the Cook are the Navy's premier air-defense platforms and are often tasked with guarding other ships, aircraft carriers in particular. 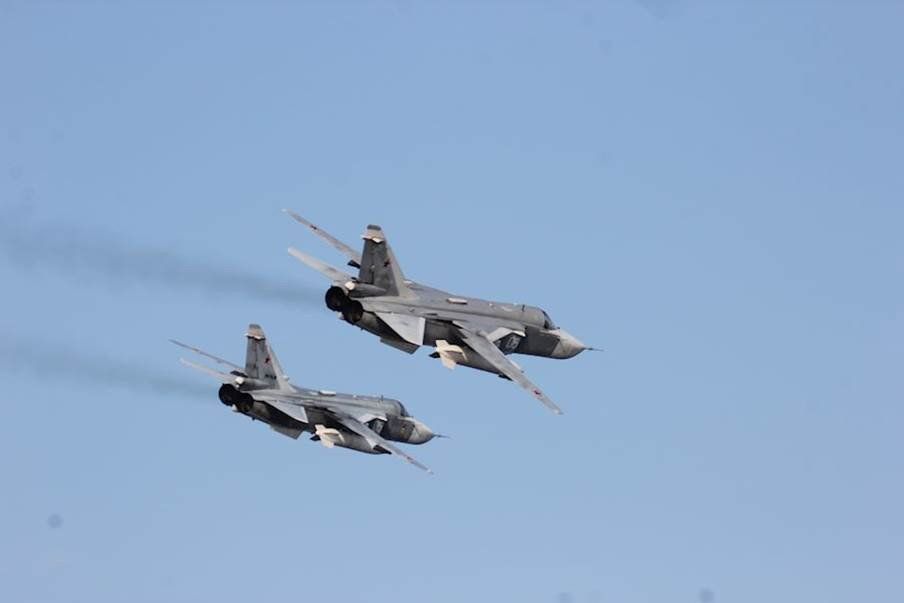 The encounter with two Su-24 fighter jets, which took place about 80 nautical miles from the Russian Baltic exclave of Kaliningrad, was one of two the U.S. destroyer had on April 11 and 12, 2016.

On April 12, a Russian helicopter flew around the Cook seven times at low altitude in what the ship's commander deemed "unsafe and unprofessional" passes.

A short time later, two Su-24s made 11 more close-range, low-altitude passes in what the Navy said was "a simulated attack profile." The jets didn't respond to safety advisories from the Cook, whose commander deemed several of their maneuvers "unsafe and unprofessional."

The April 11 incident was especially dangerous because of what the Cook was doing and because of how the Russian pilot behaved. 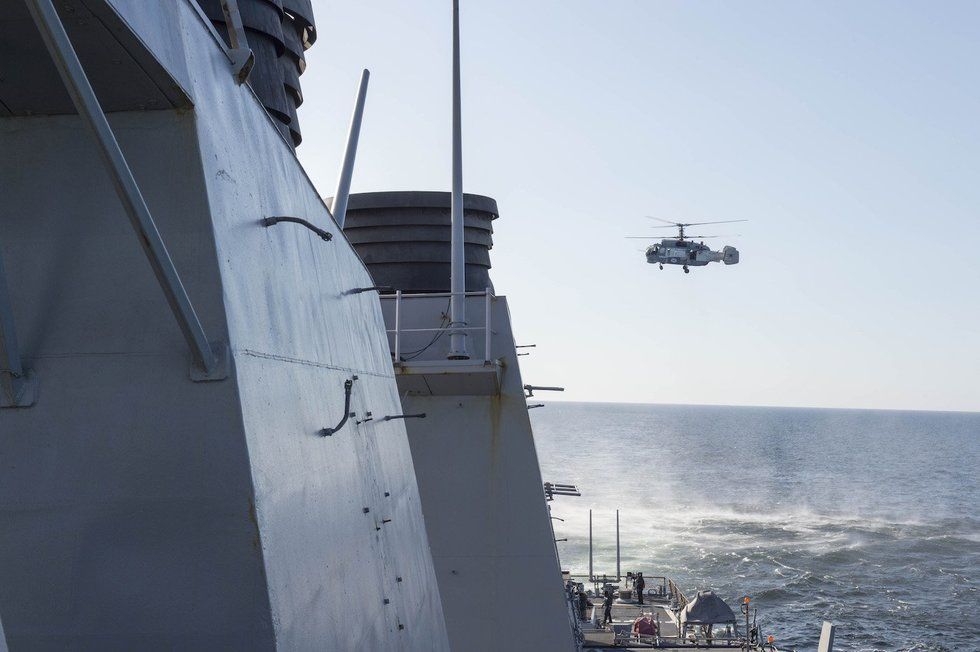 "What a lot of people don't know is that at the time they were doing what we call a 'hot-pump' of a Polish aircraft that was doing deck landing [qualifications]," Foggo said.

"So the Polish helicopter had landed and was being refueled while the rotors were turning, and here comes this Russian hot dog in his jet, doing several hundred knots, and the distance between wingtip and the deck of Donald Cook was about 30 feet," Foggo added.

That was the closest of the 20 passes the Russian jets made that day, according to U.S. officials, who said the Russians flew so close they created wakes in the water and that it was among the "most aggressive" Russian acts in some time. 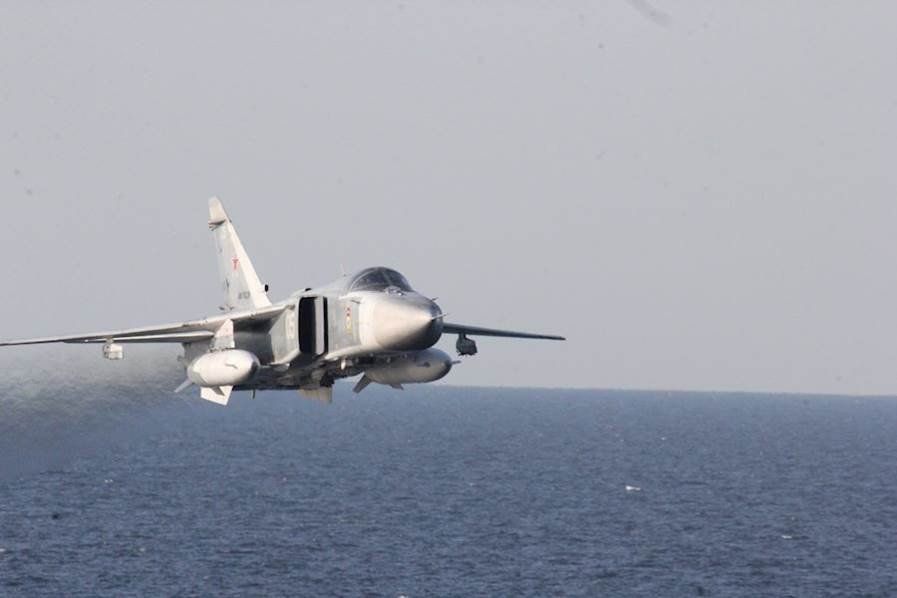 The fly-by that took place during the refueling was deemed unsafe by the Cook's commanding officer, and the ship suspended flight operations until the Su-24s left the area.

"I asked Gen. [Philip] Breedlove and Gen. [Frank] Goranc ... 'would you ever fly your F-16 that close to a moving platform like Donald Cook?'" Foggo said.

"And they said, 'No way, if the guy sneezed he might have buried his wing into the Donald Cook,'" Foggo added. "Now what would've happened then? We'd be explaining that this was a pilot error and not a shoot-down of that aircraft."

Breedlove and Goranc are retired Air Force generals and fighter pilots who both led U.S. Air Forces in Europe and Africa; Breedlove was also NATO's Supreme Allied Commander in Europe and head of US European Command. 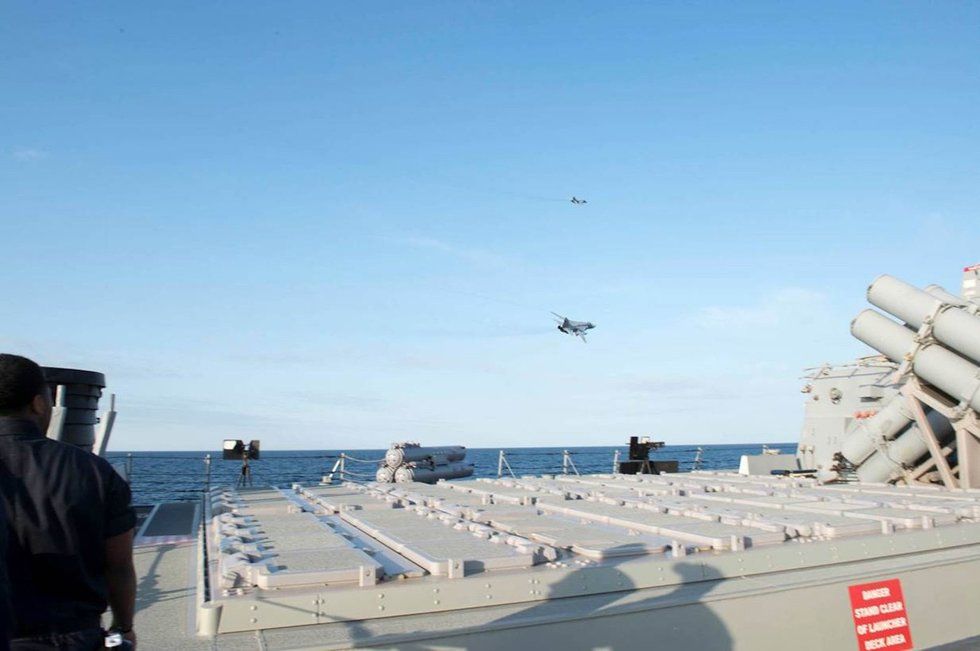 Encounters between NATO ships and aircraft and their Russian counterparts increased after the seizure of Crimea. U.S. forces involved frequently deemed those encounters "unsafe."

In years prior, "the Russians would typically fly with what we call a 'wings clean' configuration, which is no weapons on the wings," Foggo said on the podcast. "Now in the interactions and the intercepts I see today, they're coming out 'wings dirty,' or they have weapons on board."

Foggo didn't elaborate on those rules of engagement, but a European Command spokesman told Navy Times at the time that the Cook's commanding officer didn't feel threatened, and a retired Navy commanding officer said that, under the circumstances, the Russian aircraft didn't present a credible threat. 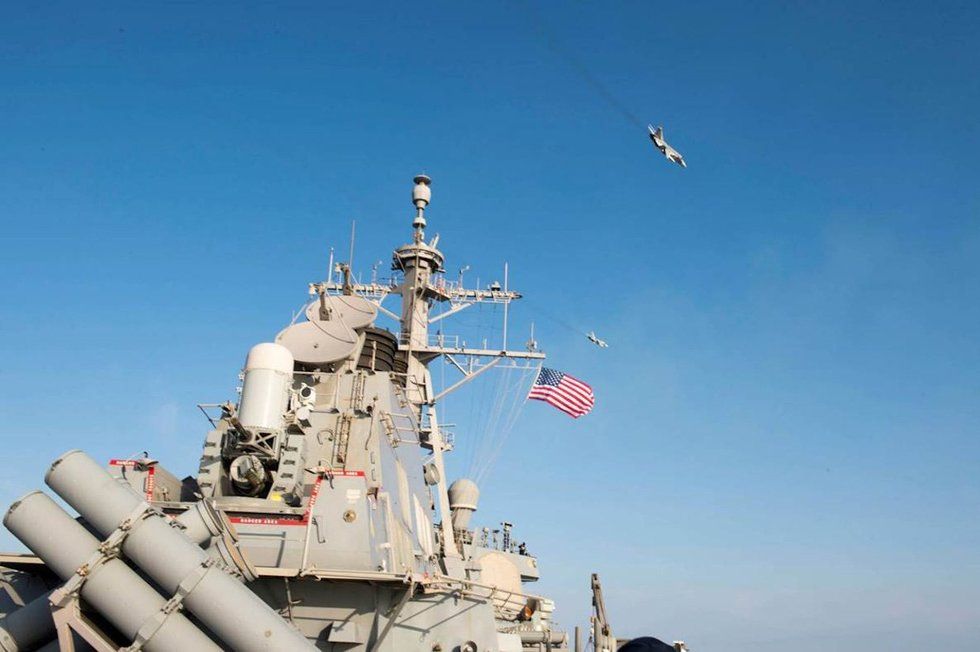 "I don't have as many negative interactions ... between Russian Federation navy and U.S. or NATO assets," he said. "They tend to act very professionally. It's mostly in the air with intercepts, and those could possibly be due to different pilots ... is it an air force guy in the cockpit or a navy guy? It depends, and every situation is different."

U.S. Air Force Gen. Tod Wolters, NATO's current Supreme Allied Commander in Europe and head of US European Command, said this summer that encounters had decreased and that "unsafe" intercepts had "diminished tremendously."

"What I can assure this audience is that well over 99% of the intercepts that occur in the air are actually safe," Wolters said at an event in Brussels in June. "In many of the cases where they're unsafe, when you take a look at the experience level of the operators that were involved, it typically turns into a young man or woman that was probably just hot-dogging it a little bit more than they should."

"For every one intercept that a Russian aviator commits against a NATO aircraft, we actually have three NATO intercepts" of Russian aircraft, Wolters added, according to Military Times. "That gives you a little bit of a feel for the readiness disposition of your NATO force."