Critics of the Department of Veterans Affairs are advocating strongly for a more privatized veterans healthcare system under President-elect Donald... 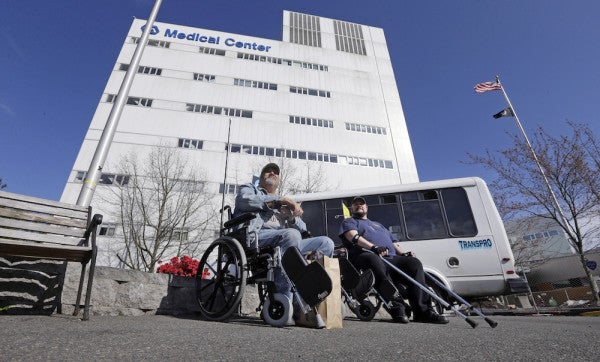 Critics of the Department of Veterans Affairs are advocating strongly for a more privatized veterans healthcare system under President-elect Donald Trump, and they might get one.

“I don't want to see veterans waiting in line for two weeks, and you know, in many cases, they have a minor illness, and it takes so long to see a doctor, it turns out to be a major illness and beyond that,” Trump said after meeting with executives from several private hospitals Dec. 28.

But a recent case study performed by the Harvard Business School reveals why that approach may be the wrong one.

“VA healthcare now performs better than the private sector on 96% of outpatient measures,” according the results.

The case study, which analyzed a combination of VA reports and external reports, found that the Veterans Health Administration is the only nationwide, fully integrated healthcare system in the United States, and because of that, veterans have access to essentially every aspect of health care that they may want or need.

What’s more, in July, the Journal of General Internal Medicine featured a study by the RAND Corporation that found “the VA often performs better than or similarly to other systems of care with regard to the safety and effectiveness of care.”

To be more specific, across 69 areas, the VA was found to perform well across areas of safety, outpatient care, and medical management. And, according to the study, effectiveness in 17 of 24 studies “showed better performance in VA facilities.”

These are just a few of the findings that show how much the VA has improved since the 2014 Phoenix wait-time scandal, which left veterans and government officials across the country wondering if the department could survive.

“We were measuring the wrong thing,” McDonald suggested to the Harvard Business Review. The results showed that what most patients seeking care from VHA wanted was a “seamless, hassle-free experience that delivered the care they needed and that made them feel valued as customers.”

“Yes, when people need urgent care, they want urgent care, but in most cases, being seen in 14 days is not a patient’s first priority,” McDonald added.

According to Rick Weidman, executive director for policy and government affairs for veterans service organization Vietnam Veterans of America, the VA’s apparent shortcomings are somewhat deceiving. Unlike private hospitals, the VA’s problems are always a matter of public record, and the media has a tendency to follow the reporting protocol of “if it bleeds it leads,” where they always report the bad news over the good.

“It’s one of the largest, if not the largest health care system in the world,” Weidman told Task & Purpose. “So mistakes at VA hospitals, because they’ve gone to transparency, get reported.”

And although it is impossible to provide any sort of quantitative proof that private health centers are better or worse because they don’t report their activities, there is no shortage of anecdotal evidence about shortcomings for private providers similar to those at the VA.

Many veterans have now experienced those private healthcare problems for themselves through the Veterans Choice program, which allows them to seek private care in the event that VA hospitals are too far from their homes or cannot meet their needs. But the hastily set up $10 billion program has left many vets feeling like they have no choice in their health care at all.

For example, Tony Lapinski, a former aircraft mechanic with the Air Force, spent a year trying to get answers from Health Net, one of the two contracting companies selected to manage health care options for the Veterans Choice program.

Lapinski has a spinal growth that went months without a diagnosis. All the while, he was afraid that the waiting would mean the difference between living and dying. When he finally got to a neurosurgeon, he realized he wasn’t the only one waiting. The program hadn’t paid his doctors.

“The fact is that people are waiting months and months, and it's like a — we call it the black hole,” Tymalyn James, a nurse care manager at the VA clinic in Wilmington, North Carolina, told KPBS. “As long as the Choice program has gone on, we've had progressively longer and longer wait times for Choice to provide the service, and we've had progressively less and less follow-through on the Choice end with what was supposed to be their managing of the steps.”

With VHA, that isn’t a problem because there is a network of doctors, and while access to appointments may not be immediate, getting with the proper specialist is not impossible, nor do doctors have to wait on payments that may never arrive, according to Weidman.

What’s more, veterans actually trust the VA to take care of them, and that trust is on the rise. The department, using a system of experience metrics, found that nearly 60% of veterans surveyed in June 2016 trust VA to fulfill the country’s commitment to them, up from just 47% less than six months earlier. Now, according to the VA, 74% of veterans report they get the services they need, up from 65% a year ago. Wait times are down as well. By September 2016, the average wait time for a completed appointment had decreased to less than five days for primary care, less than seven days for specialty care, and less than three days for mental health care.

McDonald has set plans in motion to continue to address problems as they arise in these areas, noting full well that change doesn’t occur overnight.

“Transformation is a marathon. It’s not a sprint. And we’re striding it out,” he wrote in a recent VA press release.