Vietnam veteran Gary Dixon was denied prescription medication by the Department of Veterans Affairs. The reason: they found marijuana in... 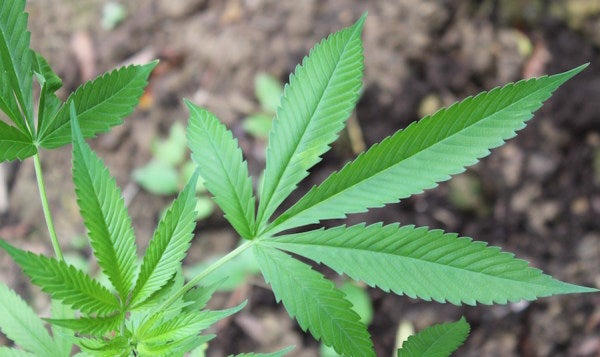 Vietnam veteran Gary Dixon was denied prescription medication by the Department of Veterans Affairs. The reason: they found marijuana in his bloodstream.

“I went in to get a refill on my pain medication and they refused to let me have it because I have marijuana in my blood,” he told KSNT news station.

Dixon is suffering from terminal lung cancer, stage four. As a result, his wife Debbie takes him to the Topeka, Kansas VA for stroke treatment and medication refills.

On Sept. 8, 2015, instead refilling his prescriptions however, the VA had him fill out an opiate consent form and take a urine test, which showed he had marijuana in his bloodstream.

Exposed to Agent Orange during his time in the service, Dixon admits to smoking marijuana to combat the physical pain and emotional trauma of the Vietnam War. The 65-year old added that he has been using marijuana since 1972.

“I have always had marijuana in my blood and will continue to have it in my blood,” Dixon said.

Dixon’s case highlights a larger issue with VA guidelines. Under these provisions, veterans can fill out an opiate consent form, which tells them the negative effects of mixing painkillers and marijuana.

Though marijuana isn’t federally legal, in 21 states it can be used for medicinal purposes. As a result veterans, have started turning to their states for medicinal marijuana. But for many it comes at the cost of their VA prescriptions for painkillers.

USA Today reported that “veterans who have admitted to participating in a state marijuana program say the VA has forced them to choose between their prescription narcotic painkillers — such as Vicodin, Oxycontin and Percocet — or marijuana,” according to Michael Krawitz, president ofVeterans for Medical Marijuana Access.

While the VA can’t actually take away benefits for marijuana use, it will oftentimes alter medical treatment for veterans by eliminating their access to painkillers until they test negative for it.

Dixon, like many veterans, said he will continue to smoke marijuana and try instead to find $400 for his monthly painkiller prescription.