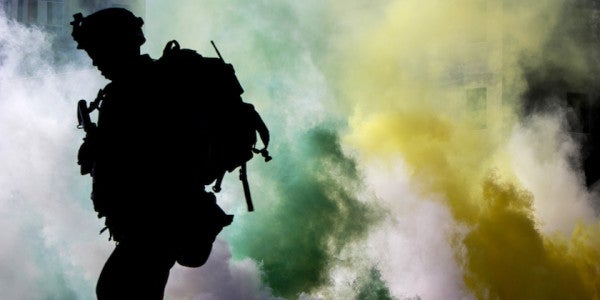 The documentary series, “Charlie Foxtrot,” recently released online, examines the fact that 300,000 post-9/11 veterans have received less than honorable discharges. To put that number in context, approximately 2.7 million veterans have served in Iraq and Afghanistan during that time. The film’s contention is that many of these discharges are due to the effects of post-traumatic stress disorder and traumatic brain injury, and that the military’s handling of these veterans amounts to a charlie foxtrot, using the NATO phonetic alphabet for “c” and “f,” or in common military parlance, a clusterfuck.

The five-part series focuses on several veterans who committed misconduct or attempted suicide after returning from combat in Iraq or Afghanistan. These veterans were not given adequate psychological treatment, and, in most cases, were discharged with characterizations that adversely affected their ability to receive VA treatment. This is undoubtedly a real issue, though the percentage of less-than-honorable discharges that are directly due to psychological problems from combat operations is unclear.

Journalists and psychologists alike have uncovered links between those afflictions and disciplinary problems. Those disciplinary problems lead to discharges, and depending on the type of discharge given, the veteran may see a considerable loss of benefits. Now that vet probably has a more difficult time finding a job due to a less-than-honorable characterization of discharge, and also may not be able to access any VA assistance.

As “Charlie Foxtrot” details, the process for appealing discharges is long and costly. Nicholas Jackson, a soldier with PTSD profiled in the film who received an other-than-honorable discharge after going AWOL, spent five years and $16,000 appealing his discharge characterization. Although Jackson was ultimately successful, many vets have neither the time nor the money to appeal discharges while coping with what may be severe mental health challenges.

One of the most poignant cases profiled in the documentary is that of Brian Portwine, a soldier who killed himself between deployments to Iraq. Reviewing his records, it became apparent to his family that he had been initially been assessed by the Army as a “no-go” for another deployment due to PTSD, an assessment that was visibly crossed out on a form and changed to “go.”

That case is a good example of where the system currently falls short on taking care of individuals while they are still in the service. The military exists to go to war. Commanders up and down the chain have incentives to succeed in what to them is a short-term goal. They need a certain number of trained bodies to take with them on deployment. A broken leg or physical injury is usually a binary diagnosis. A soldier is either good-to-go or he’s not. PTSD and TBI are nebulous, coming in differing degrees of severity with widely varying symptoms. When some of those symptoms involve actions that constitute disciplinary problems in a military environment, it complicates things even further.

When confronted with troubled individuals exhibiting what would normally be a straightforward discipline problem, it is far easier for their leaders to treat them as such. From an institutional standpoint, a discharge is a far simpler solution to troublemakers than months of working with a service member with psychological wounds.

There is also a growing amount of literature showing how PTSD can be reduced by preparation before traumatic experiences and prompt treatment after. Charlie Foxtrot visits Army boot camp and shows that in spite of this, entry-level training in regards to mental health could be generously described as perfunctory.

Related: The Mental Health Care Bill For Vets That No One Is Talking About »

After half a dozen heartbreaking case studies, I expected that “Charlie Foxtrot” was going to simply ask viewers to feel sorry for service members with PTSD and TBI, and perhaps push for the military to soften its policies in regard to good order and discipline. I was pleasantly surprised that the filmmakers’ goal is for viewers to support the Fairness for Veterans Act, which among many provisions, would mandate consideration of mental health in the discharge process, simplify the process of appealing discharge characterizations for those with PTSD, and allow any veteran without a bad conduct or dishonorable discharge to get a mental health assessment from the VA.