The 2014 scandal involving the Phoenix Veterans Health Administration infuriated the nation, but produced at least one positive effect. As... 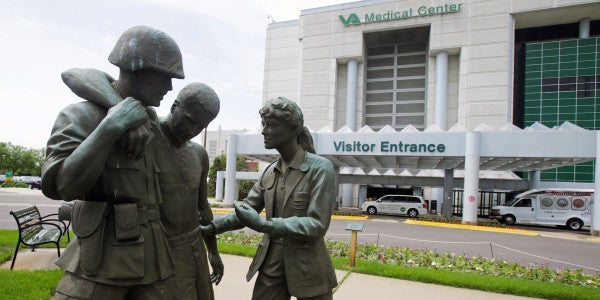 The 2014 scandal involving the Phoenix Veterans Health Administration infuriated the nation, but produced at least one positive effect. As more details emerge about the systemic ways waiting times were manipulated for big executive bonuses, Americans agree that radical reform is needed throughout the VHA. According to a Gallup poll conducted in June 2014, 87% of Americans thought that reform of veteran’s health care was extremely or very important. Of course, how to reform the VHA remains up for extensive debate. Following the resignation Of Veterans Affairs Secretary Eric Shinseki, Bob McDonald took the helm and implemented several changes. After replacing Shinseki, McDonald immediately increased pay for VA physicians, put 1,000 employees on administrative leave for cheating the system, and hired thousands of new health-care workers into the VHA. The 2014 Veterans Access Choice and Accountability Act was also passed in order to temporarily alleviate waiting times for some eligible veterans.

Many question whether enough has been done. Veterans advocacy group, Concerned Veterans for America, released a comprehensive plan in February 2015 to partially privatize the VHA, arguing that privatization would resolve many of the issues currently plaguing the VA by striking a better balance between government oversight and veteran choice.

Whether a country’s health care system is considered government-run, such as Britain’s National Health Service, or more privately run like the United States, each system has a mix of both government and private funds and interaction. For example even in our mostly privately run health care system, the government provides subsidies and standards through Medicare and Medicaid. Most of the presidential candidates’ plans to privatize the VHA call for the government to subsidize private insurance for veterans. President Obama has already made a move to privatize the veteran health-care experience in the aftermath of the Phoenix VA scandal. The 2014 Veteran’s Choice Access and Accountability Act provided a $10 billion government subsidy that allowed veterans on waiting lists for more than 30 days or those living over 40 miles from a VA hospital access to non-VA providers. The 2010 Affordable Care Act is another example of how government subsidies are used. In the case of the 2010 Affordable Care Act, the government subsidies were intended to bring costs down so that all Americans had access to health care. Though these two acts were executed with substantial hiccups, the theory behind each law demonstrates a government effort to wed public funds with existing medical centers within the private sector.

Privatizing veterans health care offers substantial benefits to veterans; the greatest benefit that veterans would have greater choice between medical providers. A typical insured American can choose from dozens of practitioners for their health needs. Though some VA hospitals are excellent, others barely meet minimum quality standards, creating an uneven balance of quality care for veterans living throughout the country. Some have long waiting lists while others are overstaffed and empty. For example, the VA hospital in Boston is considered one of the best hospitals in the VA system because of its low infection rates and mortality percentages. VA hospitals in Phoenix, Atlanta, and Houston, on the other hand, have higher than average rates of both infection and mortality, according to a 2014 Wall Street Journal report. The government should focus on subsidizing veterans’ private health insurance like it does for Medicare, Medicaid, and even as it is attempting to do with the Affordable Care Act.

Concerned Veterans for America and The Tarrance Group conducted a national survey of 1,005 veterans asking about their experience with the Veterans Health Administration. Eighty percent of respondents believe that they should have a choice where they receive health care in the future. Privatizing the VHA would give veterans more control and choice in determining their medical care, allowing those with substandard VA hospitals near them to receive better treatment.

A second advantage of privatization involves measuring overall efficacy. Currently, the VHA is not required to release data on quality, safety, patients’ experience, cost-effectiveness, or timeliness. In 2014, the Government Accountability Office released a report stating that it was impossible to compare health care costs because the VHA does not release these kinds of numbers. Medicare, Medicaid and TRICARE are all government run and subsidized and each program must release specific data on the above mentioned factors. How can we know if the VHA is providing overall quality treatment to veterans when it is not required to prove it? The lack of transparency is a factor in how scandals involving misuse of public funds can occur without much notice. By making the VHA operate as a private organization, it will have to provide statistics that demonstrate its quality by commonly accepted benchmarks.

The VHA is unlike any health system in the world in that it is completely run from within. Though it is responsible for some remarkable advances in medicine, the more enduring qualities are long periods of waiting between appointments, scandals, and abuse of government funds, and uneven quality between hospitals. A health-care system of this immense size that does not use any private resources is unsustainable and unrealistic. Even health-care systems that are largely public such as those in Scandinavia, Germany, and Britain rely on privately run facilities to supplement their existing public systems.

Scandinavian countries outsource long-term elderly care to private facilities. Privately owned hospitals in France are able to operate for much less than public ones, so the French government often shows a preference for patients to use them over the national hospitals. These countries have discovered a balance between private and public health care that provide excellent care to its citizens, yet the VHA is run dependent only on its own internal resources. Any level of privatization would benefit the overall care each veteran receives.

Health care is a hot topic for most Americans especially as health care costs increase, making equal access much more difficult. As civilian citizens determine what health-care system is best for everyone, veterans are relegated to a highly bureaucratic, wasteful, and obtuse system that can not even answer how effective it is in standard treatments. Veterans have served our country and made sacrifices in their health yet the care available to them lacks choice and reliability. Privatizing the VHA would give veterans the same options in health care as every insured American. Certainly veterans have earned that advantage.