I remember the specific instance in which I realized I was the problem. It was Christmas and I should have... 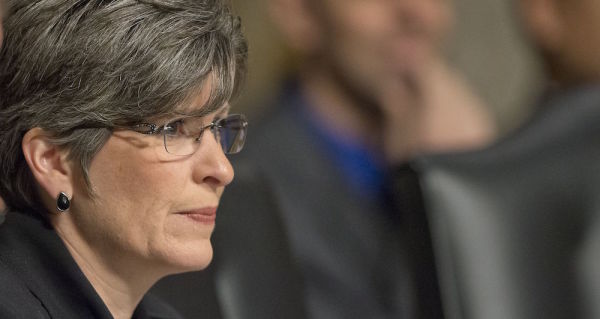 I remember the specific instance in which I realized I was the problem. It was Christmas and I should have been in better spirits. Instead, I was tearing down my 14-year-old cousin for nothing more than teenage narcissism. I was screaming at my father over something insignificant. I was angry all the time and I had no good reason to be. I was on the verge of destroying the support system that had seen me through the years I had spent overseas. I needed to talk to someone.

I had little to no need for the VA until then. When I finally got enrolled, I was told three weeks before I could speak to a counselor. That was simply unacceptable, so I sought out help from a private counselor. I had an appointment within a few days, and one hour and $100 later, I had a new perspective on things. I haven’t needed a session since.

I wish I could say that I was the only veteran that the Des Moines VA failed to schedule in a timely manner. On Feb. 20, 2015, after seeking admittance to the Des Moines VA hospital for his continued struggles with post-traumatic stress, Iowa veteran Richard Miles was found dead in the woods near the popular Gray’s Lake recreational area. Miles, 41, was a veteran of three Army deployments to Iraq, and was a well-known and liked presenter at the Science Center of Iowa. On Wednesday, authorities confirmed his death was a suicide.

In response to his death, Iowa senator and Iraq War veteran Joni Ernst called for an investigation into the VA’s prior care for Miles and just how he ended up taking his own life. In late March, Ernst also introduced a bill aimed at amending parts of the 2014 Veterans Access, Choice, and Accountability Act, which proposes that the VA to pay for non-VA mental health care if veterans cannot access treatment within the VA in a timely manner.

The main focus of the bill, as explained on Ernst’s website, is to allow for veterans to receive instant authorization for use of non-VA mental health care if it can be shown they are not receiving timely treatment from the VA. According to Ernst, the average wait time for a mental health appointment with the VA is 36 days, something many veterans can attest to. The other key aspects of the bill are the elimination of the VA’s 40-mile rule for use of private health care, as outlined under the VA Choice Card Program that went into effect last November, as well as incentives for the hiring of mental health care professionals within the VA system.

However, the VA already has an infrastructure in place to boost its capabilities to meet the mental health needs of veterans. The Clay Hunt Suicide Prevention Act, which was signed into law in January, provides programs to bring more mental health professionals into the VA, such as a student loan repayment program to recruit and retain psychiatrists. The Clay Hunt Act also includes provisions to expand peer support and community outreach pilot programs, as well as calls for an annual, third-party evaluation of the VA’s suicide prevention and mental health care efforts.

The proposal to do away with the VA’s 40-mile rule for mental health care is ambitious; yet, there is no guarantee that the elimination of this rule will ensure more timely access to mental health care. A key provision in the 2014 VA Choice Act states, “Eligible non-VA entities or providers must enter into agreements with the VA to furnish care, must maintain the same or similar credentials and licenses as VA providers, and must submit to VA a copy of any medical records related to care and services provided under the Program for inclusion in the Veteran’s VA electronic medical record.”

For some communities, a licensed social worker is the extent of their mental health capabilities and may not possess the credentials and licenses required by the VA. Furthermore, a local provider may not be able to accommodate the unique stressors and situations that veterans and their families face. This by no means places veterans’ issues ahead of civilian issues, just in a different realm. While a vet or their family may have to travel further to a VA facility, the quality and direction of the VA’s care may be more appropriate.

There is further concern that outsourcing to private providers may create even more issues than that of accessibility. Currently, the VA utilizes the VistA IT system to track and maintain a veteran’s care record. A local counselor would not have access to those prior records and would be required to submit records from any visit. If those records aren’t submitted or lost, future VA counselors or other private providers will miss an important piece of a veteran’s treatment record. Such a gap could mean the difference between life and death.

While Ernst’s call for the review of practices at the Des Moines VA is a responsible move, the submission of this bill is certainly a puzzling one. Laws and their provisions, such as the Clay Hunt Act, are already on the books and should be strengthened. Bills that attempt to duplicate previous efforts are of no help to veterans and slow down efforts to improve VA care.

There is no question that we need to improve the way we handle mental health care for veterans. But the solution isn’t to encourage veterans to seek care outside the VA because it’s not working right. The solution needs to be focused on making the VA an effective institution. Resolve what’s broken, don’t push it aside for the quick fix.

In the instance of Richard Miles, he approached the hospital for help, asking for admittance. He was sent away with nothing more than a prescription for antidepressants. It is heartbreakingly obvious that the situation should have been handled better. Shame on all of us if we don’t we continue to work to fix it.