Nearly half of all Veterans Health Administration clinicians did not complete suicide risk management training within the timeframe mandated by... 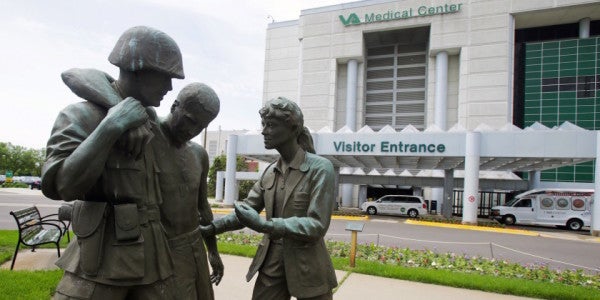 All primary care and mental health providers within the VA are required to receive the training to help them manage high-risk patients. Between Oct. 1, 2015 through March 31, 2016, the inspector general evaluated 28 facilities around the country. Of those, 84.4% of facilities assessed by the inspector general provided suicide prevention training to new non-clinical staff; however, “45.7 percent of the time clinicians did not complete suicide risk management training within 90 days of hire.”

It is unclear whether those clinicians complete training after the 90-day mandated time frame, or if they forego the training altogether.

“While overall we are very pleased with the report, we are concerned about some clinicians who failed to adhere to fully adhere to VHA guidelines because of their reluctance to label patients, concerns about liability, and the perception it would increase their workload,” Louis Celli, national director of veterans affairs & rehabilitation at The American Legion, told Task & Purpose.

Further, the inspector general also found that 11.4% of high-risk inpatients’ and high-risk outpatients’ electronic health records did not contain up-to-date suicide prevention safety plans, which are supposed to be put in place by clinicians for all high-risk patients. In its last report, the inspector general found 12% of high-risk patients did not have suicide prevention safety plans in place, meaning that there has only been a 0.6% improvement since 2011.

“We take this issue very seriously,” Joe Plenzler, ‎director of media relations at the American Legion, told Task & Purpose. “In March 2013, the Pentagon reported more soldiers were dying overseas by committing suicide than from combat wounds, about one a day; and there was one suicide every 17 hours among all active duty, reserve and National Guard members, according to figures gathered from each branch.”

“According to the Congressional Research Service, there have been over 128,000 deployed veterans diagnosed with post-traumatic stress disorder between 2000 and 2014, and fewer than half of veterans who report symptoms of combat-related PTSD receive the care they need, and of those who do start treatment, between 20 to 50% do not finish,” he added.

But the VA is taking steps in the right direction. In late April, the department unveiled a new program that reviews veterans' health records to identify those who might be at greater risk of suicide. Military.com reported that after six years in development, 6,400 of the most high-risk VA patients across the country have been enrolled in the program so far.

But VHA facilities still have much work to do.

Last year, the VA released a report showing that 20 veterans died by suicide daily in 2014. Additionally, the study found that veterans make up less than 9% of the U.S. population, but accounted for 18% of all suicides in 2014. Further, that same year, 65% of veterans who died by suicide were aged 50 years or older.