Thousands of veterans injured in combat could soon be able to recoup taxes erroneously collected from their disability severance pay... 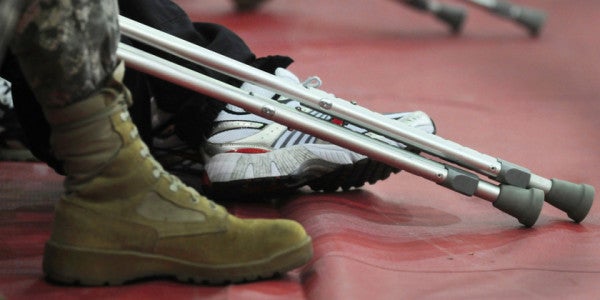 Thousands of veterans injured in combat could soon be able to recoup taxes erroneously collected from their disability severance pay due to a new law signed by President Barack Obama.

About 13,800 veterans separated from the military due to their injuries might have been affected, the nonprofit group National Veterans Legal Service Program estimates. Due to an accounting error, as much as $78 million in taxes deducted over decades from the lump sum payments.

Federal law considers the severance payments tax exempt. But the nonprofit group said the Defense Finance and Accounting Service system was automatically making deductions since 1991, meaning troops injured in conflicts spanning from the Gulf War to the wars in Iraq and Afghanistan might have been taxed thousands of dollars improperly.

“Many of them I spoke to were hearing of this issue for the first time,” said Tom Moore, an attorney and manager of the Lawyers Serving Warriors project at the nonprofit group.

The deductions were uncovered and investigated by Moore and the National Veterans Legal Service Program and have now been stopped by the Defense Finance and Accounting Service. They had initially pursued a class-action lawsuit but realized the only clear solution was a new law backed by Congress.

The Combat-Injured Veterans Tax Fairness Act signed by Obama on Friday requires the Defense Department to calculate what money is owed to whom and provide veterans the option to reclaim the taxes.

The lump-sum severance money was paid to veterans who were injured in combat but did not rate permanently disabled. The amounts depended on rank and length of service at the time.

The military was aware of the automatic taxes and attempted to notify troops undergoing medical separation of how to reclaim the money. It required the servicemember to file a claim with DFAS by December of the year that they were separated, Moore said.

The Internal Revenue Service also offered a three-year window for veterans to file an amended tax return to recoup the improper deduction.

But Moore said thousands of veterans have missed the opportunities.

The military is now required to “notify all of these veterans and let them all know the three-year period to file with IRS is open,” he said.

“It is unbelievable that Congress needed to act to clear up this issue. Severance pay for service members who suffered combat-related injuries should not be taxed under any circumstance,” Warner said in a released statement.