At the eleventh hour before it recessed for the summer, the Senate finally got around to some real business: passing... 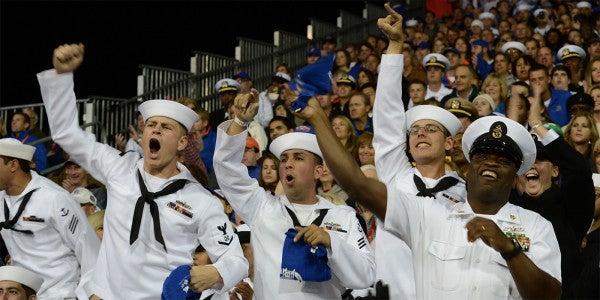 At the eleventh hour before it recessed for the summer, the Senate finally got around to some real business: passing a sweeping GI Bill upgrade that extends benefits to more veterans and gives them more time to use those bennies.

Related: A New Lifetime GI Bill Is Likely To Become Law. Here’s How It Will Impact Vets »

The bill — dubbed “the forever GI Bill” by supporters — had been approved unanimously by the House, but its fortunes in the Senate were uncertain after the deliberating body approved a slapdash extension of its voting session into August to consider a bevy of government appointments and a full slate of bills.

The Senate just passed by unanimous consent a sweeping set of changes/expansion to the post-9/11 GI Bill. Heads to Trump's desk. Story TK.

Officially titled the Harry W. Colmery Veterans Educational Assistance Act after the former American Legion head who wrote out the original GI Bill's language in 1944, the new GI Bill closes loopholes that had left some deploying reservists and Purple Heart recipients without any educational benefits. It also increases aid to survivors of deceased service members, restores benefits to victims of for-profit schools, expands the programs that educational assistance can be used on, and — most significantly — allows future service members to use their GI Bill benefits at any point in their lifetimes, doing away with the old 15-year “use it or lose it” limit.

“The passage of the Forever GI Bill shows just how much can be accomplished when military and veterans organizations join forces,” said John Rowan, National President of Vietnam Veterans of America, in a statement.

The new bill, which heads to President Donald Trump's desk and is expected to be signed into law swiftly, was the product of months of roundtables and negotiations between veterans service organizations, non-profits, and politicians across both sides of the aisle.

After years working on this bill we finally have it passed. Thanks to the hundreds of people who were part of helping pass the New GI Bill! pic.twitter.com/9pwvsowEI6

“This was a truly bipartisan effort lead by some amazing organizations and leaders within Congress, all committed to ensuring veterans and their families have the opportunity for a college education post-military service,” said Jared Lyon, president and CEO of Student Veterans of America, in a statement. “I could not be more proud of the team effort that went into making this a reality. This is what collaboration looks like, and this is what leadership looks like.”