Predators Are Circling Around VA Home Loan Borrowers. Here’s How To Protect Yourself

For the past few years, an avalanche of aggressive mailers and phone calls has engulfed veterans and servicemembers taking out... 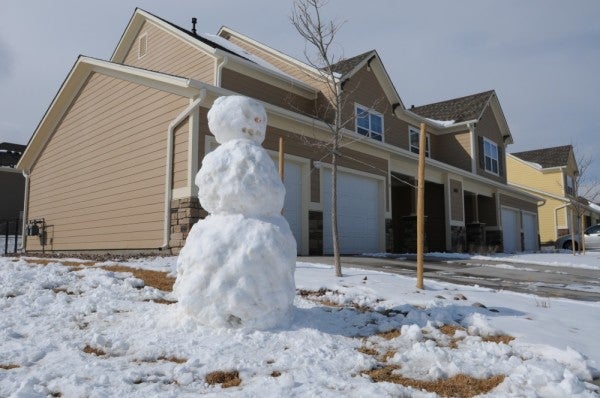 For the past few years, an avalanche of aggressive mailers and phone calls has engulfed veterans and servicemembers taking out VA home loans, attempting to lure them into serial mortgage refinancing schemes that benefit lenders and bury borrowers.

The practice of “loan churning” has come under increased scrutiny over the past two years but continues to ensnare veterans and service members attempting to refinance. Here’s a rundown of the practice, and a list of precautions you can take to protect yourself from veteran lending scams.

“Should be sickening to all of us”

“We’ve seen many veterans harmed by this activity,” Brock Cooper, an attorney for Veterans United Home Loans, told lawmakers during a congressional hearing earlier this month. “And in many situations the veteran is left so far underwater that they have difficulty selling their home in the future.”

Many of these loan companies don’t care if it will take the veteran a decade or more to recoup fees that swell their loan balances, Cooper said. Too many veterans “are left with adjustable-rate loans that they don’t understand and that could result in higher payments down the road,” he said, adding that many “have costs that will never be recouped.”

“To watch behavior that is borderline predatory in nature return to our country is terrifying,” Michael Bright, executive vice president and chief operating officer of Ginnie Mae, said at the hearing. “Much of this behavior is too reminiscent of the lending practices used by many in the industry prior to the 2008 financial crisis.”

“The fact that this behavior is targeted at veterans,” he added, “should be sickening to all of us.”

The government is moving to act… slowly

The VA, which guarantees veteran borrowers’ home loans, has been accused of dragging its feet on shutting down predatory serial financers. In written testimony for that congressional hearing, Jeffrey London, director of loan guaranty service for the VA’s Veterans Benefits Administration, said the department has been very concerned over the past several years about “churning” in the Interest Rate Reduction Refinance Loan program, but that the problem isn’t as big as critics make it out to be. “While the overwhelming majority of lenders (more than 1,500) who originate IRRRLs are conducting business with servicemembers and veterans in a responsible manner, we have in recent months identified a very small number of lenders (arguably less than 10) that appear to regularly close loans in a manner inconsistent with the program’s intent,” London wrote.

In an email, VA spokesman Terrence Hayes told Task & Purpose that the VA Loan Guaranty will implement a new policy in February 2018 ensuring upfront disclosure to veteran borrowers seeking to refinance their home loan through the IRRRL program. “Technology and automation between VA and lenders will continue to improve throughout the year, but the policy itself will be implemented in the coming weeks,” Hayes said.

Lawmakers want reforms to protect veterans. Earlier this month, Senators Elizabeth Warren, a Massachusetts Democrat and Thom Tillis, Republican of North Carolinaintroduced the Protecting Veterans from Predatory Lending Act of 2018, which would give feds new powers to bar lenders from originating veterans’ housing loans if their offerings prey on borrowers. “Our men and women in uniform deserve better, and I am proud to partner with Senator Warren on this bipartisan legislation that will end these predatory home lending practices,” Tillis said in a statement.

But despite quickly gathering a slew of co-sponsors on both sides of the aisle, it’s not clear if the bill can make it through a dysfunctional Congress that’s tangled up in a government-shutdown. For now, the most important protections against lending scams are the ones individual borrowers take for themselves.

Signs of a scam

1. Be suspicious of low interest rates

What is that question mark doing there?The Simpsons screenshot via Reddit.

Michael Huff, a senior advisor for congressional and stakeholder relations at Ginnie Mae, told Task & Purpose that a clear red flag is when an offered interest rate is lower than the general market rate.

You canfindtheaverage VA home loan interest rate online and right now it’s hovering around 3.75%, so anything considerably below 3.75% should be viewed with skepticism.

“If you see an advertisement for 2.25%, which I’m looking at in front of me, then consider: Why is that interest rate lower than the average? And that’s because this one is a three-year hybrid ARM loan that’s going to adjust in three years,” Huff said. That means you could be on the hook for much higher interest payments in just a few years.

But that’s not the only way sketchy lenders pad their bottom lies. “Looking at the fine print,” Huff adds. “There is 2.25 and 2.75 in discount points that you’d have to pay at closing, and they’d probably roll those into your principal amount on your loan.”

2. Read, ask questions, and beware of asterisks and ‘See Reverse’

Is that a decoy asterisk below the box? The real fine print is below

* If your monthly payment is reduced, finance charges may still be higher over the life of the loan.

Attention to detail! There’s always a catch, and it’s usually separated from the flashier aspects of the pitch or advertisement.

Hayes told Task & Purpose the best advice for veteran homebuyers is to read everything they sign. The VA requires lenders to include an “IRRRL worksheet,” which gives the vital details of the new transaction, but the worksheet gets buried beneath a mountain of paperwork at the closing table. Hayes said veterans should ask their lenders to review and discuss the IRRRL worksheet as soon as possible, and they should be sure that the new loan provides them with a benefit, not future financial hardship.

“Veterans should understand the loan transaction up front, before the transaction goes forward,” Hayes said. “A veteran needs to understand all fees, charges, and interest rate changes associated with the loan, and how long those charges will take to be paid off as part of the new loan.”

Should set your radar off.

Last November, the VA and Consumer Financial Protection Bureau published a “Warning Order” cautioning veterans and servicemembers to be wary of offers promising: thousands of dollars in cash back; skipped mortgage payments; no out-of-pocket costs; no waiting period; and offers to receive an escrow refund.

“These are all red flags that may indicate that the loan is less likely to benefit you,” the announcement stated.

Appealing to your need to keep extra paperwork.

You know what an official VA or DOD seal looks like:

The seals to look for.

Chances are if one of those seals isn’t on the paper and you don’t recognize the letterhead, any amount of starry flags, very serious eagles, or bland appeals to your service should be taken with a grain of salt. The company is just trying to butter you up.

Similarly, lenders attempt to use arbitrary timeframes to scare you into picking up the phone. Unfortunately, the mailers don’t self destruct after the timeframe elapses.

Here are a few other useful tidbits: