The Department of Veterans Affairs sent a bill proposal to Congress that would overhaul how veterans receive health care in... 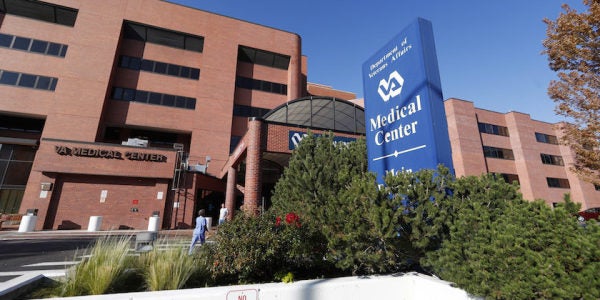 The Department of Veterans Affairs sent a bill proposal to Congress that would overhaul how veterans receive health care in the private sector and do away with the widely criticized “30-day/40-mile” rule, the agency announced Monday.

The long-awaited proposal, titled the Veterans Coordinated Access & Rewarding Experiences Act, or CARE, promises to give veterans and their VA physicians flexibility in choosing whether they receive care at a VA facility or from a private-sector provider.

VA Secretary David Shulkin announced in February — during his first public address as secretary – that he intended to do away with the rule that allows veterans to go outside the VA for health care only if they had to wait more than 30 days for an appointment or if they live more than 40 miles driving distance from a VA facility. The rule, implemented as part of the Veterans Choice Program in 2014, has been criticized by veterans as complex, bureaucratic and restrictive.

“We want veterans to work with their VA physicians to make informed decisions that are best for their clinical needs, whether in the VA or in the community,” Shulkin said in a prepared statement. “This bill does just that, while strengthening VA services at the same time.”

Under the proposed changes, veterans would be eligible to receive private-sector health care if the VA can’t schedule an appointment within a “clinically acceptable time period” or if veterans and their physicians decide it’s in their best interest.

It would also consolidate the VA’s multiple community care programs and allow veterans access to walk-in clinics to be treated for minor illnesses and injuries.

The proposal was shared with House and Senate staff members in recent days, and it will be part of a House Committee on Veterans’ Affairs hearing Oct. 24. The committee already drafted its own legislation to overhaul the Choice program, which will also be discussed at the hearing.

The cost of the new program and where the funding will come from is expected to be the subject of debate among lawmakers and veterans organizations.

The American Federation of Government Employees, a union that represents about 230,000 VA workers, is warning of attempts to push veterans and funding into the private sector while undermining VA health care. The union has repeated the need to fill vacancies within the VA health care system. As of the end of June, the VA reported 34,000 job vacancies system-wide.

Some major veterans organizations are also weary of neglecting VA services to pay for private-sector care.

But the VA said the new CARE proposal contains measures to “strengthen the VA’s world-class medical staff” and “ensure VA is improving medical facilities and staffing levels to meet veterans’ needs in areas where VA care is substandard.”

Shulkin wants Congress to approve the new program before lawmakers leave for Thanksgiving break in mid-November. Congress is working on a deadline, as the Choice program is expected to run out of funding at the end of the year.

President Donald Trump signed legislation Aug. 12 that immediately provided $2.1 billion for the Choice program to prevent a funding shortfall. The money, originally estimated to last until February 2018, is being spent faster than predicted.