Forty House lawmakers signed onto a letter Monday criticizing the Department of Veterans Affairs for slow reimbursements to private-sector doctors... 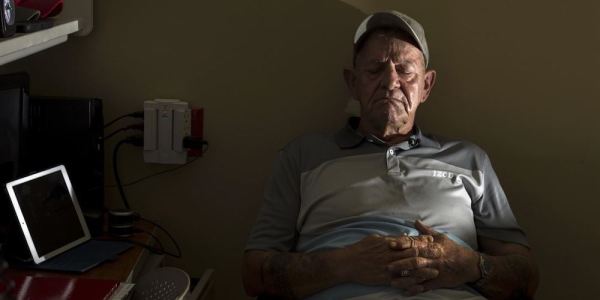 Forty House lawmakers signed onto a letter Monday criticizing the Department of Veterans Affairs for slow reimbursements to private-sector doctors that they say harm their veteran constituents’ credit reports.

Thousands of veterans who use the Veterans Choice Program, which allows VA patients to use outside health care that is paid for by the VA, have complained their medical bills are sent to debt collectors when a timely payment is not made, according to the letter.

The situation “has negative consequences for veterans’ financial standing, through no fault of their own,” the letter reads. “[T]he long-term damage to credit scores could be severe. At a minimum, this increases the costs of credit and could make it more difficult, if not impossible, for veterans to secure credit for life essentials such as a car or housing.”

Issues with the payments to non-VA health care providers have plagued the VA since the Veterans Choice Program was created in 2014. Between then and May 18 of this year, the VA received 57,228 calls from veterans seeking help after the VA’s delayed payments affected their credit reports, the letter states.

VA officials have said part of the problem is a result of the rush to establish the program. Congress gave the department only 90 days to do so.

In an attempt to streamline reimbursements to private doctors, Congress worked with VA Secretary David Shulkin and passed legislation earlier this year that made the VA the primary payer under the Veterans Choice Program, rather than having third-party contractors pay the debts.

Even with the change, the lawmakers wrote Monday that they “remain concerned” that the negative credit reporting is continuing.

Delaney and Hultgren introduced legislation last year to provide a one-year grace period before debts for medical services through the Veterans Choice Program are sent to creditors. The bill was endorsed by major veterans organizations, including the Veterans of Foreign Wars, the American Legion and Paralyzed Veterans of America, but it stalled. The congressmen reintroduced the bill — the “Protecting Veterans Credit Act” — in May.