Veterans: The IRS May Owe You Money, For A Change

On the day of President Trump’s historic meeting with Russian President Putin, the Pentagon announced that about 130,000 veterans could... 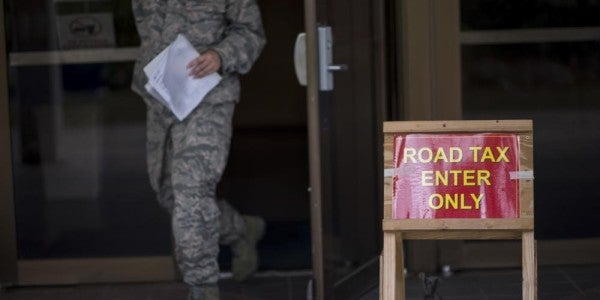 On the day of President Trump’s historic meeting with Russian President Putin, the Pentagon announced that about 130,000 veterans could be eligible to receive a refund for taxes they paid on disability compensation that shouldn’t have been taxed.

The veterans in question received Disability Severance Pay for combat-related injuries, or the Department of Veterans Affairs determined they were eligible to be compensated for a service-related disability, defense officials told reporters on Monday. They are currently receiving letters from the Internal Revenue Service on behalf of the Pentagon notifying servicemembers that they could receive a refund.

The letters include the amount they received in Disability Severance Pay, which they can include on tax Form 1040X to file their claims, said Army Lt. Col. David Dulaney, executive director of the Armed Forces Tax Council.

Most of the veterans received a disability rating from the VA after they had already paid taxes on their Disability Severance Pay, Dulaney said at a media roundtable. The IRS had put the onus on taxpayers to ask for a refund in such situations, but in December 2016 Congress passed a law requiring the Defense Department to notify veterans that they may be eligible to be reimbursed for taxes withheld between 1991 and 2016.

Veterans who received a letter from the IRS should include on Form 1040X which year they received their Disability Separation Pay and which refund amount they qualify for, Dulaney said.

Those veterans who did not receive a letter but believe they are still owed a refund can also file a 1040X, he said. If they do not have the supporting documentation, they can go to the National Archives for their personnel records.

The Defense Department identified nearly 130,000 combat injured veterans who may be eligible for a refund by November 2017, but it took the IRS until late April 2018 to finalize exactly how those veterans could file their claims, Dulaney said.

“Because the act required that the Department of Defense include those instructions to follow – which the IRS approved – we could not send out the notification letters until that point,” he said. “The DoD has been working with the IRS to finalize the letters and also send those letters out.”

Dulaney stressed that the Pentagon does not have addresses for all the affected veterans, but the IRS does, and that is why they are mailing the letters.

When asked why the Defense Finance and Accounting Service isn’t reimbursing the affected veterans, Dulaney explained that all taxable withholdings are paid to the U.S. Treasury Department, not the Defense Department.

“So it isn’t something that is within a DoD authority to go back and make payment of that from the Treasury,” he said. “In order to seek a refund of the amount of taxes that you paid as a taxpayer throughout the year, you have to file a claim with the IRS directly.”