The VA Brought A Vietnam War Vet Back To Life. He Wasn’t Dead In The First Place

A Fayetteville veteran who was erroneously declared dead has been resurrected by the Department of Veterans Affairs. Charles Covell, a... 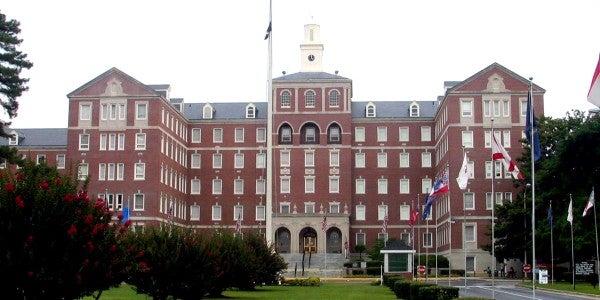 A Fayetteville veteran who was erroneously declared dead has been resurrected by the Department of Veterans Affairs.

Charles Covell, a Vietnam veteran and retired U.S. Postal Service worker, told The Fayetteville Observer last week that he was surprised to learn of his death in late February.

Covell’s wife, Marcie, first realized something was wrong when a monthly disability payment from the VA was not deposited into the couple’s bank account. They later learned that someone filed a death certificate for Charles Covell in January.

On Tuesday, a spokeswoman from U.S. Rep. Richard Hudson’s office said the VA had notified them that the mistake had been corrected and that the disability payment that had previously been held was released to the veteran.

Covell, 81, spent a combined 12 years in the Army and served with the 82nd Airborne Division and 5th Special Forces Group at Fort Bragg.

He was one of hundreds of veterans each year who have had their VA benefits erroneously suspended.

Many of the mistakes are caused by information reported by the Social Security Administration, according to a VA spokesman. The VA works with that agency to prevent overpayment by matching death records to a VA database.

Between October 2016 and September 2017, the VA suspended benefits for 105,529 beneficiaries who were identified as having died, according to the VA. Of those, 245 beneficiaries were later found to have been erroneously included among the suspensions.

“That equates to a 99.77 percent accuracy rate,” the VA spokesman said. “While the error rates are small, they are still unacceptable, and VA has taken steps to improve our processes.”

Covell’s “death” wasn’t the first time he has fallen victim to a paperwork mistake.

More than 50 years earlier, Covell survived a Viet Cong ambush in Vietnam and was honored for heroics during the battle. But he had to wait more than four decades to receive the medal after the original paperwork was lost.

He received the Bronze Star Medal for Valor in 2006, recognizing heroics that took place in 1965.

Covell’s “death” occurred when the VA confused him with the late Charles Covell from New York. The Rev. Charles R. Covell died in September 2011, according to an obituary published in the Observer-Dispatch, a newspaper based in Utica, New York.

Aside from a name, the two men had other things in common. The Rev. Covell was also a paratrooper, serving in the Korean War with the Army’s 11th Airborne Division.