When Lawrence Johnson was admitted to the Miami VA hospital for a spinal fusion of his neck in May 2016, … Continued 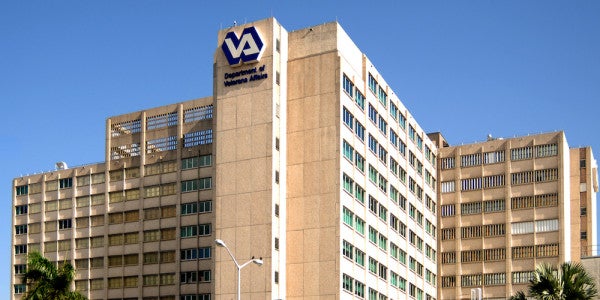 When Lawrence Johnson was admitted to the Miami VA hospital for a spinal fusion of his neck in May 2016, the U.S. Marine Corps veteran had trouble swallowing after surgery.

To feed Johnson as he recovered, doctors ran a thin feeding tube through his nose and down the back of his throat. But they missed the 68-year-old’s stomach, and sent the tube into his right lung instead, according to a lawsuit that Johnson filed Dec. 4 in U.S. District Court against the Miami VA Healthcare System.

Doctors didn’t realize their mistake for two days. By then, Johnson had developed a blood infection and pneumonia as the liquefied food built up between his lung and his chest, said Edward Blumberg, Johnson’s attorney.

“It’s bad enough that patients can be victims of below-standard medical care,” Blumberg said. “But when you think of a veteran, he’s a Vietnam veteran who saw active duty. … What happened to him was wrong.”

Shane Suzuki, public affairs officer for the Miami VA, wouldn’t comment on Johnson’s lawsuit. But Suzuki said in an email that the Miami VA stands behind the quality of healthcare it provides to an estimated 58,000 veterans each year.

“Thousands of South Florida veterans choose to be treated at the Miami VA Healthcare System because they know we provide exceptional health care that improves their health and well-being,” he said.

In his lawsuit, Johnson asks for $18.5 million from the federal government for his injuries. Johnson declined an interview request through his attorney, who said that Johnson is now 70 and continues to suffer effects from the misplaced feeding tube.

But Johnson’s medical records speak volumes, he said, and they show that doctors should have removed the feeding tube from his lung much sooner than they did.

Reading from the medical records, Blumberg said a radiologist took an X-ray of Johnson after the feeding tube was inserted on May 26, 2016, to ensure it was in the right place.

“When we look at the report from this X-ray,” Blumberg said, “it says that there may have been a misplacement but that they needed to confirm with more films that it was placed correctly. The record says, ‘Significant abnormality, attention needed.’ ”

Somewhere along the chain of communication, Blumberg said, the message failed to register with doctors and nurses at the Miami VA.

He said a medical resident inserted the feeding tube under the supervision of a Miami VA doctor, and that the resident requested a second X-ray of Johnson later that night of May 26.

The report from the second X-ray again showed problems with the placement of the feeding tube, which is called a Dobhoff tube.

“That report says, ‘Abnormal orientation and positioning of the Dobhoff tube,’ and indicates, ‘Possibly terminating in the right lower lobe or right lower quadrant,’ meaning it’s in the lung,” said Blumberg.

Still, no one at the Miami VA removed the feeding tube from Johnson’s lung, Blumberg said.

“The results weren’t communicated to the physicians until more than 12 hours later the next day,” Blumberg said. “Then we look at the nurse’s note, and a nurse says in the morning — before the chest X-ray is communicated to physicians — ‘Maybe we should pull the Dobhoff out as it appears to be in the lung. Patient coughing out his tube feed.’ So he’s still getting fed. He’s still getting food into his lungs.”

Despite another CT scan of Johnson’s chest on May 27, the tube wasn’t removed until the following day, when he had already developed a life-threatening blood infection and inflammation of the lungs. Lung surgery followed. “To clean out his lung,” Blumberg said.

Johnson, Blumberg said, continues to use the Miami VA: “He’s an American.”