When I hear a far-off boom, I imagine the worst

“I knew I wasn’t in Afghanistan. I knew soldiers weren’t dying in the distance. But in reality, that knowledge didn’t matter.” 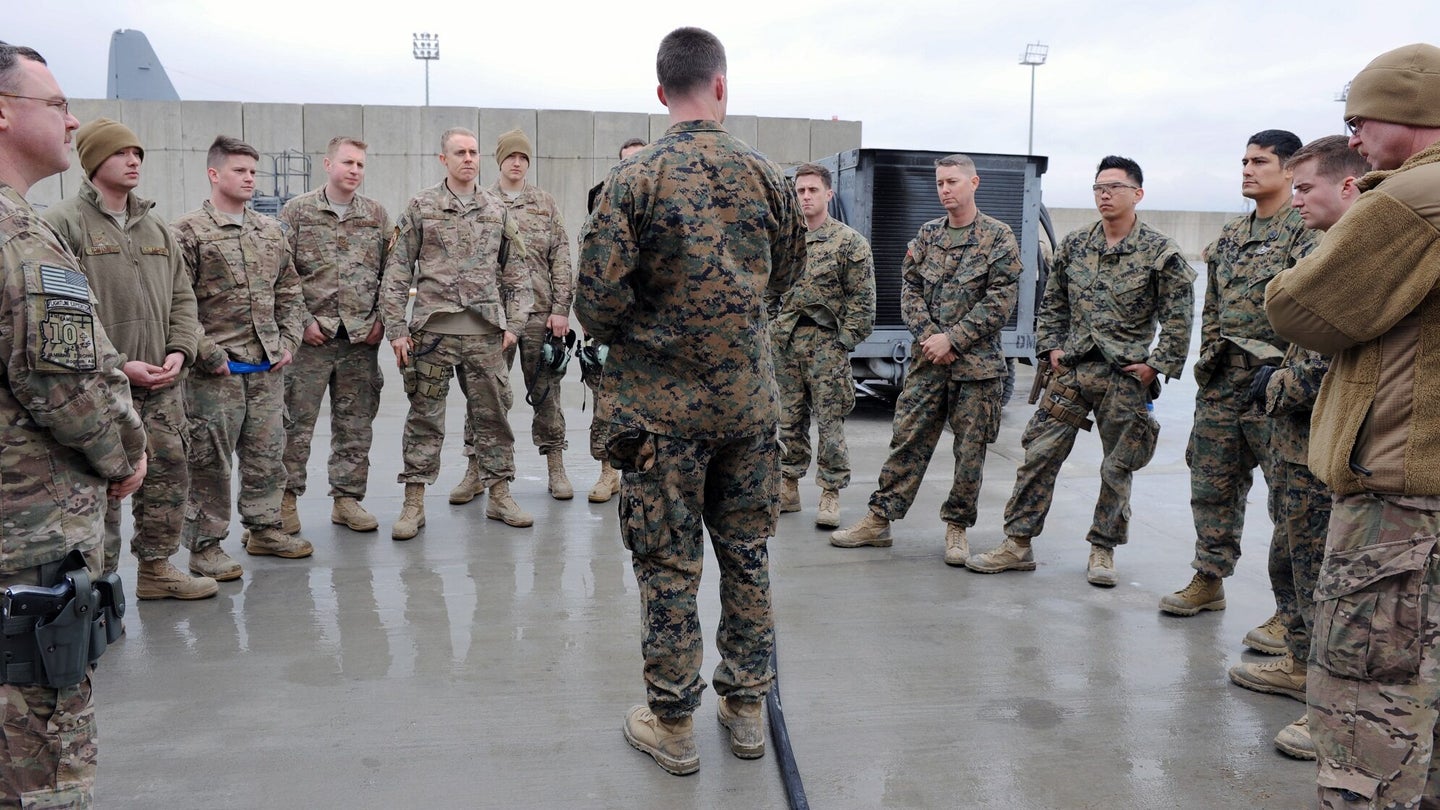 Cape Town, South Africa, has a cannon. Technically, it has the Noon Gun. I didn’t know that.

After nine years in the Marine Corps, I wanted to travel as a civilian. More precisely, I wanted to travel with my wife, to go explore the world together. We met the week before I left for a month-long field exercise. Six months into dating, I deployed for 11 months. Separation just went hand in hand with our early relationship—not uncommon in the military.

A couple of years before I separated from the Marines, we outlined a vision. We knew we wanted to travel, and we built a plan to make it happen. We set some milestones, milestones that, once accomplished, would allow us to hit the road. I had little to no “real world” experience, no skills that people would pay me to do while traveling. I love teaching—and hope to do more of that in the future—but that wouldn’t work for our travels.

This would be the largest hurdle—finding some way to pay the bills as we went out into the world. Back to school, it was. During my last couple of years in the service, I started taking accounting classes online. My studies were wildly unrelated to anything I’d done previously, but I figured it would provide a hard skill for me to make some money from anywhere. An online degree and a year of working as an accountant later, I became a CPA. Having checked the “marketable skill” box, we set out for a year traveling the world.

This is how I found myself in Cape Town.

It’s a beautiful city, one that’s grown around a series of rugged mountains. The flat-topped Table Mountain and sphinx-like Lion’s Head are the most recognizable of these. But there’s a smaller, less well-known one, too. Signal Hill—aptly named, as I’d soon discover—rises up in Cape Town’s northern neighborhoods. On our first morning in town, I sat drinking coffee, reading a book, and waiting for Jenna at an outdoor cafe on the slopes of Signal Hill. It’s hard to picture a more idyllic setting—beautiful, tree-lined streets, a light breeze, and just, well, quiet serenity.

A thunderous boom shattered my peaceful morning, resulting in a partially spilled cup of coffee.

I have two reactions to unexpected explosions like this—one immediate, and one with a slower burn. Both responses stem from things I experienced as a combat adviser in Afghanistan, the first of which involved a suicide attack.

We had just finished a meeting with a group of village elders, and we patrolled out of the area to link up with our armored vehicles. There were a few Marines, a Navy corpsman, and a platoon of Georgian soldiers we were advising. On the outskirts of the village, a motorcycle tore into the middle of our formation, exploding into a massive fireball and throwing shrapnel and debris throughout the group. Incredibly—and largely due to the heroic efforts of our corpsman—no one (minus the suicide bomber) died.

But, in the immediate aftermath of this blast, all we had was visceral reaction: adrenaline spiking, vision narrowing, and, fortunately, all of us falling back on hundreds of training repetitions. How else can you respond when a beautiful, sunny day—even one in a combat zone —is ripped apart by an explosion?

There was no explosion in Cape Town, no suicide bomber ripping through this quiet little cafe. No matter. My reaction was the same. The blast I heard, echoing through the area, immediately brought me back to that patrol. With coffee splashed on the table, my heart rate shot through the roof, my vision narrowed, I went into scan-the-area mode, and after a moment I realized I’d stopped breathing.

It quickly dawned on me that nothing had happened. The bodily reaction gradually subsided. Unfortunately, something worse replaced it.

As I began to more clearly process thoughts, I was brought back to another event in Afghanistan. One evening, almost six years to the day before my Cape Town experience, I sat in our command post on base, planning an operation. A distant explosion disrupted my focus. It clearly came from off base, and I knew it meant nothing good.

I headed down the hall to our combat operations center and stepped into a hive of activity. From our watch officer: “Route Clearance Platoon hit an IED—not looking good.” A drone feed displayed on a TV screen against the wall. On the black-and-white image, all I could see were a massive crater and the charred remains of an armored vehicle.

Route Clearance Platoon, or RCP, supported all the troops in our area. These guys risked their lives every night for us. While we actively sought to avoid IEDs, their job was to find and eliminate them. That night, they got hit. They lost two soldiers.

The rest of the night and morning became a recovery operation: securing the site, evacuating the dead and wounded, and, eventually, towing what remained of the armored vehicle back to base. For many of us, this would be the worst night of our lives. And, at least personally, these terrible memories remain inextricably linked with distant explosions.

When I hear a far-off boom, I imagine the worst.

Sitting in the peace and quiet of my Cape Town cafe, the immediate response dissipated, and thoughts of these lost RCP soldiers filled my mind. Guilt, anger, sadness—all these negative emotions—consumed me. It’s irrational, because, at least objectively, I knew I wasn’t in Afghanistan. I knew soldiers weren’t dying in the distance. But in reality, that knowledge didn’t matter. I sat there with my head in my hands, trying to calm myself with long, deep breaths, telling myself that everything was fine. Eventually, I took a sheepish look around, wondering if any of the other patrons could see into my thoughts.

People just continued their days. Turns out, Cape Town fires a signal cannon, known as the Noon Gun, every day at 12 p.m. It’s a legacy of sailing days, when mariners needed a reliable way to sync their navigational chronometers. Now, it’s just local tradition. And, as the name suggests, this cannon sits on Signal Hill, just above my peaceful cafe.

There was no suicide bomber on a motorcycle. There was no 500-pound IED in the distance. It was just a daily signal cannon indicating 12 p.m.—nothing more, nothing less.

I doubt I’ll ever fully rid myself of these reactions. They’re just too hardwired into the system. But writing about these experiences helps tremendously, and it’s something I’ve tried to do over the years. When it comes to the triggers that let trauma fester under the surface, look them in the eyes. Try not to let them sneak up on you. They don’t care where you are in the world.

Maurice “Chipp” Naylon served nine years as an infantry officer in the Marine Corps, and he is the author of the book The New Ministry of Truth: Combat Advisors in Afghanistan and America’s Great Betrayal . Naylon and his wife, Jenna, live in Richmond, Virginia, where he works as a real estate accountant. In his free time, Naylon writes about his and Jenna’s travels in a blog, They Travel & Work.