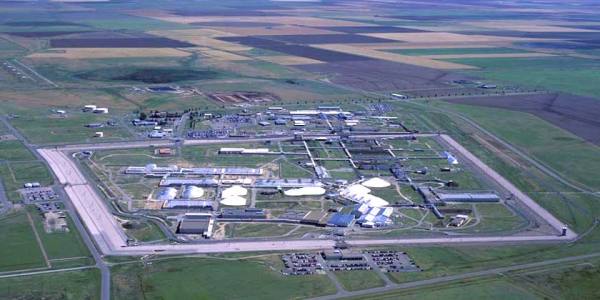 There's nothing that says “oh shit” like a vague emergency alert from the U.S. government's primary nuclear weapons assembly plant.

Five hours later, Pantex officials clarified the cause of the emergency as a “potential concern with a vehicle” in an administrative building parking lot that, following an inspection by local law enforcement, yielded “no prohibited items of explosives.”

But for several, agonizing hours, nobody had any idea what was going on at the U.S. Department of Energy facility responsible for both assembling and disassembling the majority of the country's nuclear stockpile.

This wouldn't be the first time a nuclear emergency struck the plant: Back in March 2005, Pantex was the site of a near-miss incident that nearly saw the detonation of a W-56 warhead during a “bungled” dismantling process, according to The Nation. And in 2010, the facility went on lockdown after workers “spotted people in camouflage carrying rifles near the facility,” Bloomberg notes.

The prospect of a security breach at the facility raises all kind of concerns. As the War Zone reminds us, the security of DoE nuclear sites is uniquely reinforced against potential breaches (this feature on the Office of Secure Transportation's booby-trapped nuke trucks is excellent), but even the most hardened facilities in the U.S. nuclear apparatus are not without inherent security risks.

Most notoriously, a handful of anti-nuclear activists — including an 82-year-old nun — in 2012 managed to break into the Y-12 National Security Complex in Oak Ridge, Tennessee — referred to as “the Fort Knox of Uranium” — that's the sole industrial facility dedicated to fabricating weapons-grade uranium for U.S. nuclear warheads, the New Yorker reported.

“Since the early nineteen-eighties a small group of peace activists, devout supporters of the Plowshares movement, have been trying to break into nuclear-weapons sites throughout the United States,” observed Eric Schlosser on anti-nuke pacifists in 2014. “They’ve almost always succeeded … serious vulnerabilities in the security of America’s nuclear enterprise.”

While Pantex announced that Tuesday's “emergency event” at Pantex was “resolved without incident,” those Sum Of All Fears-style concerns won't go away easily. Indeed, military aviation observers noticed a U.S. Air Force RC-135V Rivet Joint surveillance aircraft in the proximity of the Pantex Plant, raising the possibility that the Department of Defense had become involved in a DoE security matter:

Heading back towards the @PantexPlant – coincidence or…? 🤔

That aircraft, however, “was on a routine training flight scheduled well in advance of yesterday,” a spokesman for the 55th Wing at Offutt Air Force Base told Task & Purpose.

“It being in the same general area as the plant was purely coincidental and the crew did not provide any support capabilities.”

Correction: A previous version of this article mistakenly located the Pantex Plant in Carson City, Texas. The correct location is Carson County, Texas.