During a meeting with U.S. President Donald Trump on Tuesday, Polish President Andrzej Duda offered to name the possible permanent... 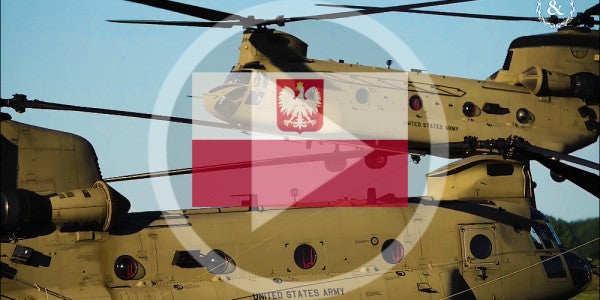 During a meeting with U.S. President Donald Trump on Tuesday, Polish President Andrzej Duda offered to name the possible permanent US military presence in the country 'Fort Trump', which is the proverbial cherry-on-top of the geopolitical ice cream sundae that Poland has extended to the United States in an effort to deter Crimea-style aggression from Russia.

Russia maintains a small force in Kaliningrad to the north of Poland and, in recent years, has shown a penchant for sending little green men whenever it fits President Vladimir Putin's foreign policy goals. The combination of a resurgent Russia and a relatively weak Europe has left border states in a state of unease over their ability of ward off a very dickish bear at the door.

One possibility is that U.S. assets in Turkey could be transferred to Poland which — given the spate of hostage politics, anti-Americanism, and general authoritarianism gripping the former — may not be a bad idea. Unfortunately, Turkey remains in a strategically important position, which really ups the U.S. tolerance for tomfoolery.

But if the U.S. was to establish a permanent presence in Poland — permanent, because several thousand U.S. troops deploy there regularly for training — it would likely meet howls of anger from Moscow, which really, really, dislikes the idea of Poland as something other than a place to stage Russian troops for an invasion of western Europe.

It remains to be seen if the U.S. will station troops permanently, but Poland has hit the 2% defense spending goal outlined by NATO and has pledged to up that to 2.5% in the next few years, proving that they really, really do not want to be invaded again by Russia.

An enlisted thinktank brought to you by Task & Purpose