In one small step for Space Force and one giant leap towards eliminating the bug threat on Klendathu, President Donald... 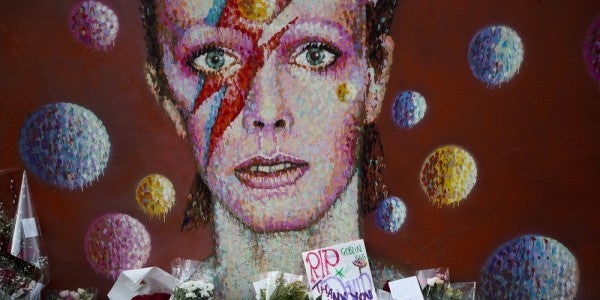 In one small step for Space Force and one giant leap towards eliminating the bug threat on Klendathu, President Donald Trump has ordered the services to consolidate their space-based components into U.S. Space Command, which will become a new unified combatant command.

“The establishment of Space Command is a critical step in accelerating our space capabilities and posture to defend our vital national interests and deter our adversaries,” said Pentagon spokesman Army Lt. Col. Joseph Buccino. “This combatant command will lead space operations and develop space warfighting doctrine, tactics, and techniques.

“While we establish this new combatant command we continue to develop a legislative proposal to meet President Trump’s vision for a Space Force as a sixth U.S. military service. These organizations will ensure we maintain our national technological and military advantages in space for generations to come.”

Vice President Mike Pence has vowed that the Trump administration will stand up Space Force as an independent military branch by 2020, but Congress would have to approve creating a new military service.

The U.S. military is working with Congress to set a time line for making Space Force a fully operational and independent service, Deputy Defense Secretary Patrick Shanahan tweeted on Tuesday.

But Rep. Adam Smith, the likely next chairman of the House Armed Services Committee, has said is against the president’s proposal to create Space Force.

“I am concerned that his proposal would create additional costly military bureaucracy at a time when we have limited resources for defense and critical domestic priorities, and I do not believe it is the best way to advance U.S. national security,” Smith (D-Wash.) told Task & Purpose on Oct. 23.

Whenever Space Command launches its first mission, Task & Purpose will work with Ground Control to ask Major Tom what it feels like to float in a most peculiar way.

SEE ALSO: The Battle For Space Dominance Is Real. Here’s Why A New ‘Space Force’ Is The Wrong Solution