This Army Base In Kuwait Is Waging War On Soldiers’ Insides 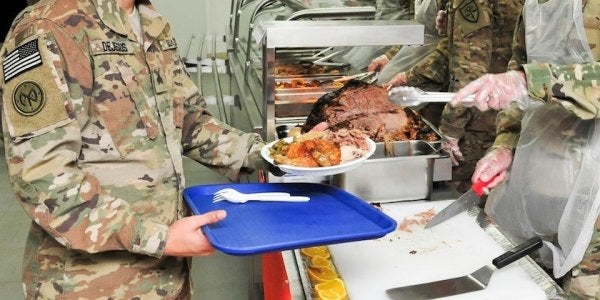 The Army is racing to identify the source of a salmonella outbreak that has left five soldiers sickened at Camp Arifjan in Kuwait, Army Times reports, another reminder that much of the Global War on Terror is duked out in downrange service members' guts.

At least it isn't Camp Buehring!