Love broadcasting your fitness routine to everyone and their mother? Bad news, you vain bastard: The Department of Defense is … Continued 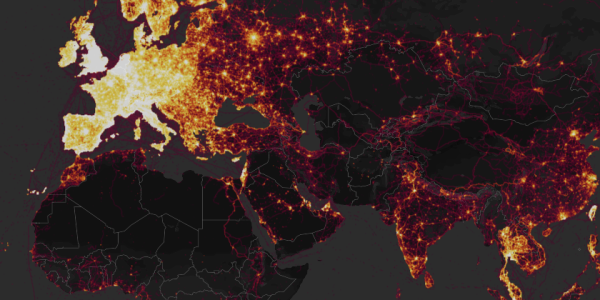 Love broadcasting your fitness routine to everyone and their mother? Bad news, you vain bastard: The Department of Defense is cracking down on service members' use of geolocation services out of concern for operational security, which means you can no longer digitally flex for your fellow warfighters and their spouses while downrange.

Will the new guidance change anything? Probably not: As Defense One pointed out following the Strave revelation, the Pentagon has long waged a losing war against the phenomenon of “data leakage,” the incidental and uncontrollable recording and dissemination of sensitive information in an age of ubiquitous mobile devices and wearable tech.

“The makers of such apps and services have vested interests in getting users to share as much data as possible: all companies scrutinize it to understand how people use their services; many also sell it to whomever will buy,” Defense One's Patrick Tucker wrote. “Most of the data is supposed to be anonymous, or run through a process called anonymization that strips it of personal info. But anonymization is hardly a foolproof concept. Consider the work of MIT data scientists César A. Hidalgo and Yves-Alexandre de Montjoye who showed in 2012 that four location data points were enough to de-anonymize an individual.”

OPSEC is important; broadcasting your run times is not. If you really need to show off, maybe just work on your Instagram game instead.