Unless the Russian navy is hunting for the Red October in the eastern Mediterranean, it is likely that so many... 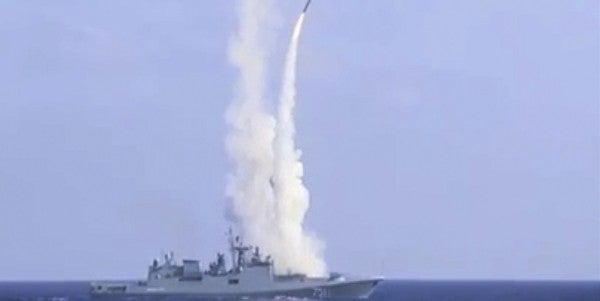 Unless the Russian navy is hunting for the Red October in the eastern Mediterranean, it is likely that so many Russian ships have remained there since the end of Moscow's latest naval exercise there primarily to support Syrian dictator Bashar al-Assad, Pentagon officials said.

It's worth noting that the rising tensions in Syria coincide with amphibious assault ship USS Essex’s long-planned deployment to the Middle East with F-35Bs, which are currently taking part in two weeks of combat exercises off the Horn of Africa. And since Israel has already used its version of the F-35 in combat in Syria, it could the by Flying Leathernecks’ turn if Assad uses chemical weapons again.