Congresswoman To Trump: ‘Being Saudi Arabia’s Bitch Is Not America First’ 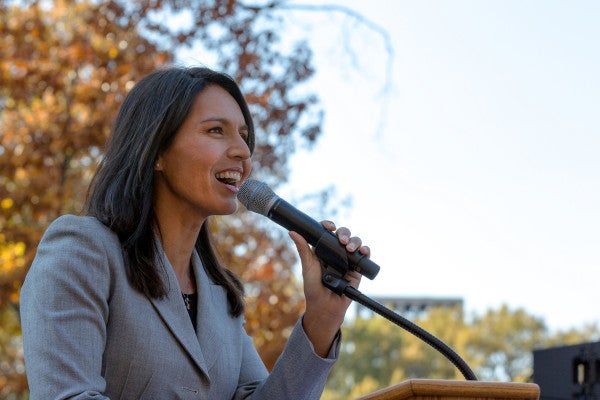 Democratic Congresswoman Tulsi Gabbard seemed to call President Donald Trump “Saudi Arabia's bitch” in response to his reasoning on Tuesday of why the U.S. was standing by Saudi Arabia despite evidence its top leadership murdered Washington Post journalist Jamal Khashoggi.

Gabbard, a lawmaker from Hawaii who also serves as a major in the Army National Guard, tweeted this out on Wednesday:

Hey @realdonaldtrump: being Saudi Arabia’s bitch is not “America First.”