US-Backed Allies in Syria Are Now Rolling Deep In MRAPs 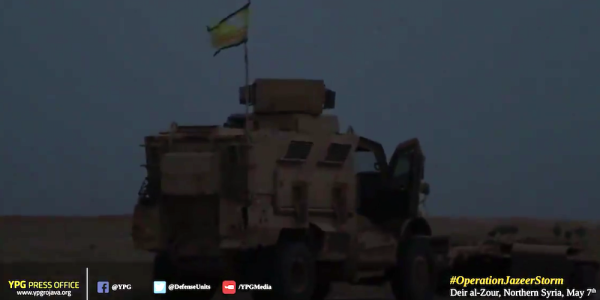 Holy armored combat vehicles, Batman! The U.S.-backed Kurdish People’s Protection Units (YPG) in Syria recently posted a video showing off a hulking mine-resistant ambush protection vehicle (or MRAP, you goons), standing by and ready to fuck, ahead of a YPG assault on ISIS positions near the eastern Syrian town of Deir ez-Zor.