Over the past few years much attention has been paid to the qualities and attributes veterans offer employers. Driven by … Continued 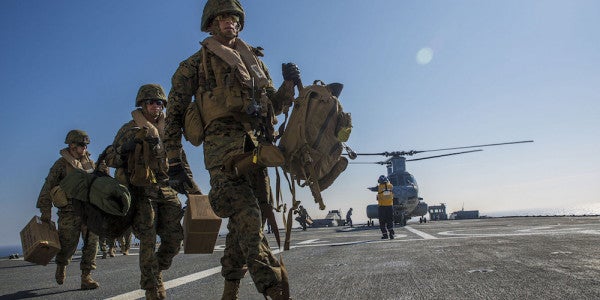 Over the past few years much attention has been paid to the qualities and attributes veterans offer employers. Driven by the need for high-performing employees and a strong sense of patriotism, many corporations have made public commitments to hiring veterans.

The value propositions to these organizations are clear. Veterans of all stripes offer potential employers an outstanding known product: diligent, loyal individuals with an established track record of working with a team to accomplish goals. These savvy corporations have a clear understanding that veterans offer a base set of skills that, with proper workforce training, can transition them from the battlefield to the board room.

However, while the benefit of hiring veterans continues to gain traction in the corporate space, the skills and attributes that reservists bring to the table are less understood. Upon my own return from an 18-month sabbatical from banking to join the Marine Corps Reserve, I quickly realized that while most organizations are open and ready to accept transitioning veterans, very few understand where reservists fit into that mix.

To the casual corporate observer, reservists are a well-meaning liability whose service requirements, and more importantly, attributes are rarely understood. Often derided as “weekend warriors” who serve a minimum of one weekend a month and two weeks each year, the resulting confusion has the potential to limit the career of an outstanding pool of employees. In an effort to provide clarity, I would like to submit what I believe are the top four reasons to hire reservists.

1. The commitment they’ve made to their country says a lot about them and the person you could hire.

Veterans enter the job market with an array of qualities that employers find attractive. Simply by joining one of the uniformed services, individuals have made a powerful statement that they identify with that branch’s core values. The process of making a career in the military is the process of building loyalty, selflessness, teamwork, and tenacity.

Reservists in particular bring all of that and more to the interview table. Every successful job applicant will have a strong demand for his or her time (during and after work hours). Between work, family, volunteering, and social activities, finding a spare hour in the day can be difficult. Reservists are no different in this aspect except that they have chosen to take on an additional layer of obligation in service to their country.

Time spent on reserve duties are not confined to neat and tidy drill weekends. It is a constant obligation that involves attending and preparing for conference calls, late night emails, and phone calls, creating multiple end products, counseling, and self-education. Employers would be wise to see these additional commitments as a signal that an applicant doesn’t shy away from challenges and is an expert at task prioritization and time management.

From the employer’s point of view, the best part of hiring reservists is that their experience gives them more certainty regarding the quality and intangibles an applicant possesses. This decreases the likelihood that they are being sold a bad bill of goods and leads to more effective new hires.

2. The management experience they’re gaining in the military outpaces their civilian career.

When evaluating potential candidates, most employers aren’t simply looking for a good fit for a specific role or company, but individuals who, with the proper mentorship and training, can develop into strong managers and leaders. I’ve often heard people remark about the immense responsibility placed on young people in the military compared to civilian life. In the corporate world, young, entry-level employees are barely trusted to be alone with the copy machine.

By contrast, a young team leader in the military will be responsible for the success and management of no less than three individuals. Put in civilian terms, this 19- or 20-year-old corporal is already a supervisor or manager.

Additionally, reservists have the benefit of learning and building these skills concurrent with their civilian jobs. This results in a powerful advantage for employers. For every advancement they see in their civilian careers, their continued promotion in the reserves will serve to prepare them for additional corporate responsibility. For example:

These reservists aren’t in management training; they’re gaining management experience that will set them up for success in parallel relationships to their civilian job. Reservists in leadership positions have already had to have tough conversations, counsel subordinates, and write performance evaluations. These experiences have a direct and immediate positive impact to their jobs and civilian employers.

3. Reservists have a wide and growing worldview grounded by practical working experience.

The rapid globalization of the economy leaves many employers in a very different world than they were just 10 years ago. Pressure to seek increased profit by entering new markets and the massive influence of social media means that people hired today aren’t just expected to succeed in the places where they live, but have an ability to work with people from other places and cultures.

One often-overlooked benefit of military service is that it introduces people who otherwise may never have met one another in an environment that demands them to work together, often overcoming stereotypes and prejudice in the process. While certainly not always the case, often today’s college graduates will arrive in the job market having only spent their lives forming social and working relationships with other people just like them. This is not true of anyone who has served in the military.

Additionally, today’s military veterans have been introduced to people from completely different cultures around the world. Anyone who has been on deployment has had to work with contractors, interpreters, and the local population. Even reservists who have never been on a combat deployment — something that is increasingly common — will have likely been on an annual training exercise outside of the United States. In my small reserve motor transport section, I have Marines from ages 21 to 32 who have travelled and worked in Iraq, Afghanistan, Senegal, and Latvia.

The important word is “worked.” While many job applicants today have travelled to foreign countries and been introduced to cultures different than their own, few can make the claim that they had to accomplish a mission while they were there. From the point of view of an employer, a deployment of any type should be seen as an advantage over a semester abroad or vacation travel.

4. The time they take away from work will make them more productive for your organization.

In addition to giving employers a firm set of values from their initial hire, being simultaneously trained for increased management, and gaining a strong world view, reservists do something else that will make them a strong contributor to employers: They get out of the office.

Increasing attention has been paid to the fact that workers who keep their nose to the grindstone day after day with little escape are less productive than ones who maintain a healthy work-life harmony and are able to unplug from the office. This is largely intuitive. Workers think and act better when they are rested, motivated, and ready to work.

Reservists will always require more time away from their civilian jobs than other employees. But, smart organizations understand that this is a beneficial thing for their company. Time spent away from the office isn’t work-free, but it is typically a stark departure from their normal environment. A reservist with an office-based sales job will at the very least spend one weekend a month and two weeks in the summer in the great outdoors being productive. Whether they know it or not, this break and contrast from their normal day to day jobs will make them more productive when they return.

The best way to view a reservist is as a full-time employee who is enrolled in a part-time leadership program. Just as no employer would look down at an employee pursuing a part-time MBA, they shouldn’t look past all of the positive attributes that come with the education that reservists are gaining in service to their country. The difference between the two scenarios is that while the MBA teaches students knowledge attained by abstract group projects and lectures, service in the reserves teaches individuals through experience gained by managing a team in real-world situations. This has an instant application to their civilian job.

The mystery and confusion that many employers experience when dealing with reservists is not insurmountable. With an open line of communication, companies with a desire for employees who have a demonstrated set of values, strong managerial skills, a practical world view, and high productivity would be wise to look to the reserves for their next great new hire.