8 Things The Army Taught Me About Running A Small Business

There is a huge segment of the veteran community that is recognizing that entrepreneurship, small-business ownership, and self-employment are the … Continued 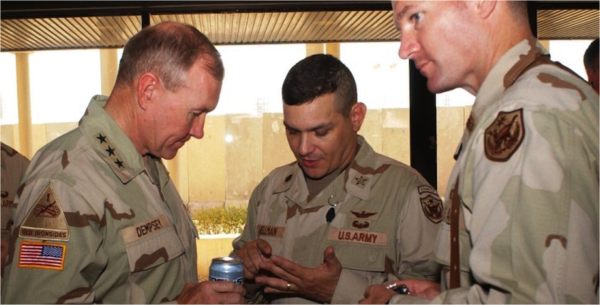 There is a huge segment of the veteran community that is recognizing that entrepreneurship, small-business ownership, and self-employment are the right choices for them after leaving the service. The numbers speak to this trend. The Small Business Administration found that as of 2013 more than 2.4 million U.S. firms were owned by veterans, representing about 9% of all American companies. Those companies employ over 5.8 million people and account for over $210 billion in annual payroll.

Clearly, business ownership is a place for many of us who have served and it certainly has been good to me over the last four years. While building my various companies, I’ve found a lot of things I learned, skills I gained, and common traits I gleaned as a 22-year Army officer come in handy and have prepared me for the challenges of building successful firms. In no particular order, here are a few of the ones that come to mind often.

1. Mission analysis is a continuous and evolving process.

We all know the old yarn that no good plan survives first contact with the enemy and business is no different. I am constantly looking at the business landscape, my competitors, the newest trends in the sector, and a host of other issues. You may find that the“revolutionary” idea that you built your perfect two-year long business plan around is meaningless on Day One after launch because you only did one analysis and didn’t keep it up.

2. Risk is a relative term as a veteran.

I was an aviator for most of my career, including two combat tours as an Aeroscout and Blackhawk pilot, so constant risk analysis was inherent. One wrong choice during a nap-of-the-earth flight with a load of Pathfinders in the back meant a horrible price. The choices we make as business owners can be difficult too and people could lose their jobs or a lot of money, but in the end, it’s not often they might lose their lives. So having an ingrained sense of what real risk means allows me to make tougher choices, faster than my competitors, without over thinking things. Because in the end, we all will still be around tomorrow.

3. Hire against your weakness, not your strength.

The best leaders I served under understood that having a staff made up of people who all thought the same, behaved alike, and acted as a chorus in harmony actually undermined the command. As a CEO, I hire people who have minds that function differently than mine, experiences I have never had, and perspectives I can’t possibly share, so we offer clients a range of options and approaches instead of just one answer. This has resulted in a team of people who think out of the box.

4. Check your ego at the door.

The fact is that if you want to be a successful business owner you have to be a little cocky, but you also have to do the hard work to get there. I have seen too many leaders go down in flames from unbridled egos while I served in the Army. I’ve seen an equal amount in business and nonprofits too. The contract that made you “Businessman of the Year” can disappear tomorrow and then you are back to square one. Confidence is good; “God syndrome,” not so much.

I had the good fortune to be an Aeroscout platoon leader three times as a lieutenant. Each time I took over a new unit I had them stencil my name on the “hangar queen” aircraft. My last platoon had an OH-58 that had been down for six weeks and I declared I’d fly it on our first battle drill in two weeks. It made it and never went down for long again. Business is no different. Employees care about what you care about so pay attention and focus on what matters.

6. Always make a plan even if time is short.

Even when time is crunched and things are on fire, it’s important to take some time to develop a plan. The Army planning process is drilled into our heads from an early stage of our training, so being able to quickly develop a plan and execute it is second nature. Businesses often don’t do this. It doesn’t have to be a perfect plan, but taking the time to sit back, evaluate the options, analyze the targets, and come up with a path forward has been key to success in my businesses and client engagements over and over.

7. A good plan today is better than a perfect plan tomorrow.

The corollary to the previous lesson is that you can also overthink things. While you are spending time analyzing every aspect of something, your competitors may be moving out ahead of you. Do the important parts and then move out. If you’ve got a good team and you know what you’re doing, you will figure out the rest. Being one step ahead of your competitors is as important in business as it is in combat.

As a young cadet, one of the first lessons I learned was that as a future officer I would always eat after the troops and sometimes that meant I went hungry. As a businessman, the same goes for taking care of my employees. It’s hard to grow a business and there have been times when cash flow was down or accounts receivable were delayed as they often are, so I missed a paycheck while my employees got paid. It sucks, but that’s what comes with being a leader. You get to reap the rewards, but sometimes you also have to suck up the bad when things are tough. Taking care of your people is what matters.