JOB ENVY: The Army Veteran Who Found Success In The Insurance Industry

Editor’s Note:The following profile highlights a veteran who works at Metlife. Committed to filling its ranks with talented members of... 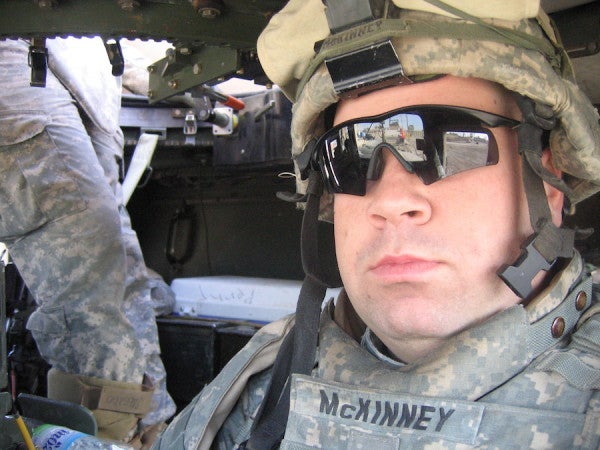 Editor’s Note:The following profile highlights a veteran who works at Metlife. Committed to filling its ranks with talented members of the military community, Metlife is a Hirepurpose client. Learn more here.

New York-native Daniel McKinney, 34, is an Army veteran who works as a senior operations consultant for the U.S. direct business department within MetLife. He assists in managing the policy data flow from the time a customer first contacts the company through to the policy issuance, and then subsequently to post-issue policy events. He also works closely with information and data from all business processes and utilizes them to enhance the overall customer experience.

McKinney joined the Army in late 2003 after feeling a strong call to serve his country. Following basic training and airborne school, he was stationed at Fort Drum with the 1st Brigade Combat Team, 10th Mountain Division. McKinney deployed to Iraq twice; the second deployment lasting 15 months. By the time he returned home in 2009, he was qualified to separate from the Army. After separating, McKinney decided to enlist in the National Guard as a way of “softly” transitioning out of the military.

“I found that this gradual, soft transition, worked well in satiating that tinge of nostalgia I would feel from time to time,” explains McKinney. “It allowed me to maintain a balance between my old army self and my new civilian self, ultimately easing the transition.”

After McKinney separated from the Army, he knew that to provide a better life for himself and his soon-to-be family, he would need to get a degree. He enrolled in community college where he achieved a 3.9 grade-point average for a year before applying to Columbia University in New York City, which McKinney describes as “one of the most veteran-friendly universities in the country.” McKinney received his bachelor’s degree at Columbia in psychology. If it wasn’t for his time in the Army, he says he would not have had the maturity or vision to succeed in college.

McKinney says his education is responsible for his current career. “Because of my time in the Army, I had no work experience in the corporate arena,” he says. “This was a difficult hurdle to overcome when I was applying for jobs and an often that I would not be considered for many positions.” However, while in school, McKinney completed internships in the summer months to gain new experiences. He found that internships were a great way to gain experience in multiple disciplines and industries.

“My educational path has also opened me up to a vast professional network, which assisted me greatly when it came time to start my job search,” says McKinney. “I reached out to many people, asking them if they would sit down and tell me about what they do and how they found their current roles. Through this I was able to gain many valuable insights into the corporate world and how it works.”

McKinney plans to pursue an MBA in the near future.

Finding a career with Metlife

After finishing his degree, McKinney applied to a position with Metlife right in the city, and quickly found himself employed at a great company. “I was unsure of what to expect from a corporate setting, but was pleasantly surprised by the people and culture at Metlife,” he says. “I was also surprised at the level of effort that Metlife puts into ‘taking care of’ its employees. They nurture an employee-centric work place and it permeates throughout the employee experience.”

In transitioning to the corporate world, McKinney says the value he was trained to put on accountability and punctuality while in the Army is something that still resonates no matter what profession he is in. “If you say you are going to do something, do it. If you say you are going to be somewhere at a certain time, be there. And if for any reason you can’t keep your word, be forthcoming and say so,” he notes.

“Take ownership of your transition,” says McKinney. There are numerous resources out there, both public and private, that are readily available to veterans, and their sole goal is to help service members succeed. All you need to do is ask for the assistance.

He also advises that veterans need to themselves accountable:

“Don’t feel sorry for yourself. We all experience tough times here or there, but I believe that in the long run we make our own luck, good or bad. Your ability to successfully transition is ultimately your own responsibility.”