In 2011, 11 major companies founded the 100,000 Jobs Mission to create a forum to advocate for veteran employment. Since … Continued 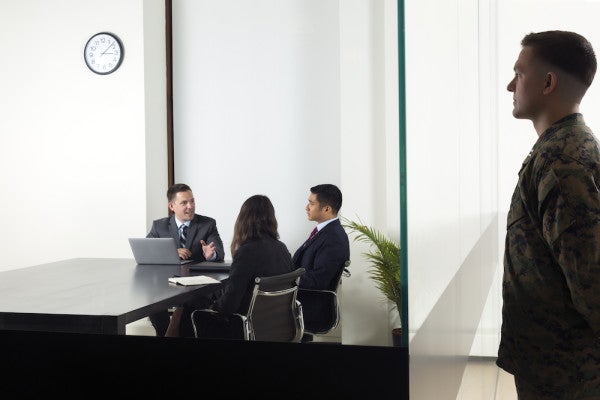 In 2011, 11 major companies founded the 100,000 Jobs Mission to create a forum to advocate for veteran employment. Since then, the coalition has obliterated its original goal of hiring 100,000 veterans by 2020. To date, over 190,000 veterans have been hired as the coalition has grown to include more than 170 companies. In 2014, the RAND Corporation published a report based on analysis of interviews with 26 of the member companies, representing a diverse set of industries, “from retail trade to health care to finance and insurance.”

Although this report was primarily written with the coalition members and government organizations in mind, it provides veterans with a valuable resource for better understanding the different factors that can impact a company’s efforts to recruit and retain more veterans. Here are a few of the highlights:

Here are some recommendations for veteran job seekers based on the advice that the RAND report provides for members of the 100,000 Jobs Mission:

The 100,000 Jobs Mission report provides veterans with valuable insights into how a company might actually try to change its hiring and management policies to make it more veteran friendly. RAND identified a number of major hurdles that prevent many companies from finding and hiring talented veterans that meet their needs, including the perceived skills gap, and the problem of the low return on investment for sending recruiters to traditional job fairs. Fortunately, veterans can arm themselves with this knowledge and meet a company halfway by translating their skills into terms that will make sense in the private sector, and participating in the kind of high-visibility, employment and training programs that many companies turn to when they are looking to hire skilled veterans.