These 5 Companies Are Hiring Vets For Entry-Level Management Roles

Many Hirepurpose partner companies have industry-leading training programs or ground-floor starting opportunities that will eventually lead to long and exciting... 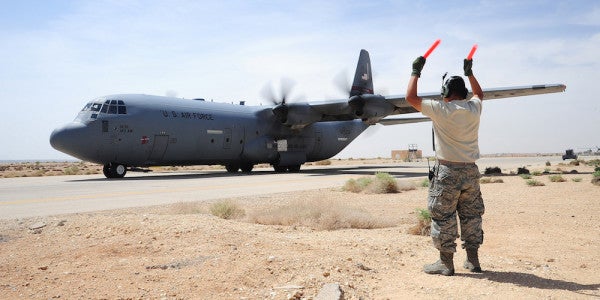 Many Hirepurpose partner companies have industry-leading training programs or ground-floor starting opportunities that will eventually lead to long and exciting careers. These military-friendly companies have locations all over the United States, and since many of them don’t require entry-level applicants to have four-year degrees, they’re perfect for transitioning service members and student veterans. Take a look.

While Avis Budget Group, a leading global provider of vehicle service rentals, doesn’t require a degree, the company does require between two to four years of college experience, or the equivalent in education, training, or experiences, which most veterans have. Avis Budget Group has more than 10,000 rental locations in approximately 175 countries around the world. The company also owns Zipcar, which is the world's leading car-sharing network.

Avis Budget Group directly operates most of its car rental offices in North America, Europe, and Australia, and operates primarily through licensees in other parts of the world. The company boasts a staff of 30,000 employees and is headquartered in Parsippany, New Jersey.

Coca-Cola requires a four-year degree for some of its entry-level positions, but not all. The Coca-Cola Company is the world’s largest beverage company, providing consumers with more than 500 sparkling and still brands. In fact, Coca-Cola has the strongest portfolio of brands in the nonalcoholic beverage industry, featuring 20 brands that each generate more than $1 billion USD in annual retail sales.

See all entry-level supervisor and manager jobs at Coca-Cola »

Many companies require a degree for entry-level management roles because the next level up from entry-level will almost always require a four-year degree. Such is the case at Enterprise Holdings, a family-owned, world-class portfolio of brands. The company operates in more than 70 countries, with some 93,000 dedicated team members and more than 1.7 million vehicles taking their customers wherever they need to go. The founder of Enterprise, Jack Taylor, served as a Navy pilot during World War II, flying F6F Hellcats off the decks of USS Essex and the ship he eventually names his company after: the USS Enterprise.

Comerica Bank has great entry-level roles that require specific degrees, as well as entry-level roles that only require several classes in accounting. In other words, Comerica offers fantastic opportunities in the banking industry for any motivated individual who is able to knock out a couple of community college level accounting classes. Comerica Bank is a financial services company headquartered in Dallas, Texas, strategically arranged into three major business segments: the Business Bank, the Retail Bank, and Wealth Management. In addition to Texas, Comerica Bank has locations in Arizona, California, Florida, and Michigan, with select businesses operating in several other states, as well as in Canada and Mexico.

See all entry-level roles in banking at Comerica Bank »

This might be the largest global company that veterans haven’t heard of. Zurich Insurance Group is a leading multi-line insurer with more than 55,000 employees worldwide serving customers in global and local markets. In North America, Zurich is a leading commercial property-casualty insurance provider serving small businesses, as well as mid-sized and large companies, including multinational corporations. Headquartered in Schaumburg, Illinois, Zurich has entry-level roles across three main areas: risk engineering, claims, and underwriting. Unless you have at least three years of insurance work-experience, you are going to need a four-year degree for any of these jobs, and somewhere between a 2.7 and 3.0 GPA (depending on role) to boot. But these are world-class training programs that lead to meaningful careers, making their client’s facilities a safer place for workers and the environment.