Walmart Pledges To Compensate Employees Who Volunteer For Military Service 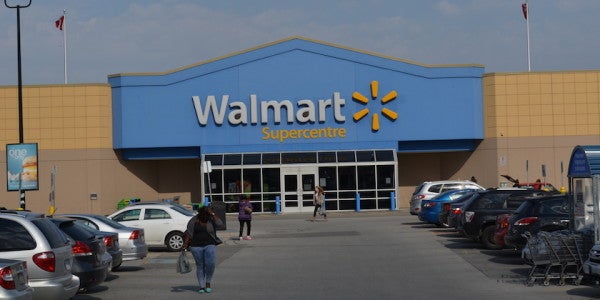 Walmart has announced a new policy that will allow full-time and part-time employees to serve in the military without taking a pay cut, CNN reports.

The company pledged on May 22 that it will pay the difference between an employee’s military salary and their Walmart salary, a policy intended to ensure employees who want to serve in the military “ do so without fear of losing wages during training.”

The new policy covers any military assignment, involuntary or voluntary, from three days up to five years — which means that, technically, it could cover the entire duration of an initial active duty contract.

However, it appears the policy will only truly benefit full-time Walmart employees at the beginning of their military careers and senior Walmart employees serving as new officers or enlisted soldiers below the rank of sergeant first class.

According to CNN, the average hourly wage for a full-time Walmart employee is $13.60, while the company’s minimum wage is $10. The most an employee can make per hour is $24.70.

An Army private (E1) makes less than $9.23 per hour, assuming they work eight hours a day, five days a week. (In reality, they work much more than that.) By the time a soldier reaches the rank of private first class (E3) they’re making a little more than the $10 per hour Walmart minimum wage.

But on the enlisted side, most soldiers will clear Walmart’s maximum hourly wage of $24.70 once they reach the rank of sergeant first class (E7),andmost officers easily clear the mark after four years in service.

Because the average Walmart wage is $13.60, the majority of employees serving in the military will not receive compensation beyond their first few years in uniform, which makes the policy most beneficial for new recruits.

The new pay policy is part of a broader campaign to entice service members and veterans to work for the company. That effort is being spearheaded by Gary Profit, a former Army brigadier general and current director of Walmart’s military programs.