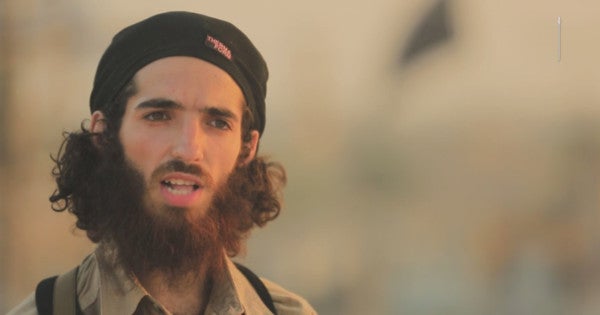 There's a new podcast out from The New York Times that gives a rich inside look into how ISIS convinced westerners to join its ranks, and it's a must-listen if you want to fully understand the group.

We've all seen the terrible carnage, beheadings, and war crimes of the self-proclaimed Islamic State, but the podcast Caliphate goes deeper into the group to examine the people behind it, and how they are convinced to join and eventually commit such atrocities.

Alongside producer Andy Mills, Times correspondent Rukmini Callimachi begins by defining the mission, which is to ask: “Who are we really fighting?” Subsequent episodes discuss Callimachi's background, how she came to report on ISIS and al Qaeda, how ISIS radicalized and recruited its members, and how it actually got them to travel from the west into Syria.

The level of reporting in the audio documentary is quite remarkable: Not only did Callimachi make numerous trips to Iraq and Syria to speak with people inside and outside of the group, but she also picked up thousands of ISIS documents from their former government buildings. Her experiences and original documents are then matched up with interviews of former ISIS fighters, who describe their path into the group and what it was like on the inside.

Interestingly, Callimachi says in one episode, almost all of the fighters she speaks with claim they never carried out beheadings or other atrocities, making some of their stories difficult to be taken at face value.

Still, the podcast is certainly worth subscribing and listening to. There are currently three episodes available for download.