Afghan Governor: The Taliban Are ‘Going To Win’ If Death Toll Continues To Rise

A provincial governor in Afghanistan says the Taliban is “going to win” if the death toll among Afghan security forces... 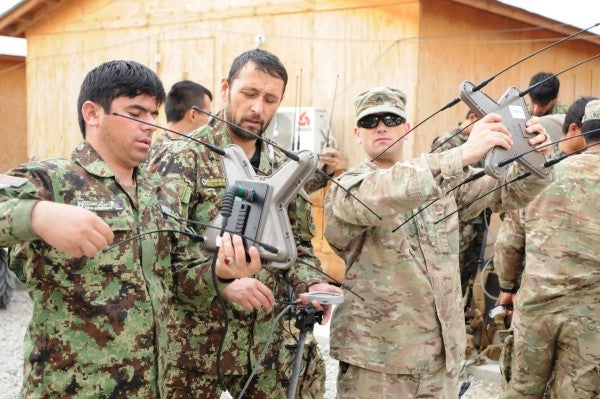 A provincial governor in Afghanistan says the Taliban is “going to win” if the death toll among Afghan security forces — which the New York Times reports is double the average from two years ago — continues unabated.

“The Taliban don’t want peace, because they think they can win the war,” Baghlan Province Governor Abdul Hai Nimati told the Times. “If it goes on like this, they’re going to win.”

He added: “There is a risk that even this province will collapse if we don’t get support. Until now, we have no reserve. Every man we have is fighting without any rest for 10 days now, and getting no sleep, and they’re tired.”

The quote from Nimati is part of a larger analysis by the Times' Rod Nordland, which examined the death toll among Afghan forces and why official reporting on it was classified secret in 2017. The Pentagon acknowledged that during that time Afghan casualties had “steadily increased.”

The Times' analysis said roughly 200 to 400 Afghan forces were killed over a one-week period earlier this month. (It reported that the top American commander, Army Gen. Austin S. Miller, said in a recent meeting with diplomats that 400 Afghans had been killed, while inquiries to 23 Afghan district officials revealed there were 193 deaths among Afghan soldiers and police.)

Army Col. Dave Butler, a spokesman for the Resolute Support mission, told Task & Purpose that Miller was “reflecting on Afghan sacrifice over a several-week period. He was relaying a sense of urgency to the team and encouraging focus on the mission.”

“This is a fight, of course casualties are a concern,” Butler continued. “We’re helping the Afghans work through the proper array and employment of the force so that they can protect themselves while securing their country.”

On Sunday, Afghan Defense Minister Tariq Shad Bahrami said more than 500 Afghan National Army soldiers had been killed in action over the past month, according to Tolo News.

“Unfortunately, the army had 513 martyrs, 718 injured, and 43 taken as captives in the last month, but the enemies’ losses are four times higher,” he told Afghan senators.

Casualties have averaged 30 to 40 per day in recent months, senior Afghan officials told The Times.

The rising toll has affected morale in Afghan ranks, in addition to making recruiting much harder. The head of recruitment for one province told the Times daily recruits in his province was about half of what it was last year. Another from Helmand province said they usually see only two or three potential recruits per day.

“Sometimes we don’t see any recruits for weeks,” Abdul Qudous told the Times from Helmand. “People don’t want to join the army any more because the casualties are too high.”