We Are Never Leaving Afghanistan

If you thought the United States was ever going to leave Afghanistan, the hearing on Tuesday to confirm Lt. Gen.... 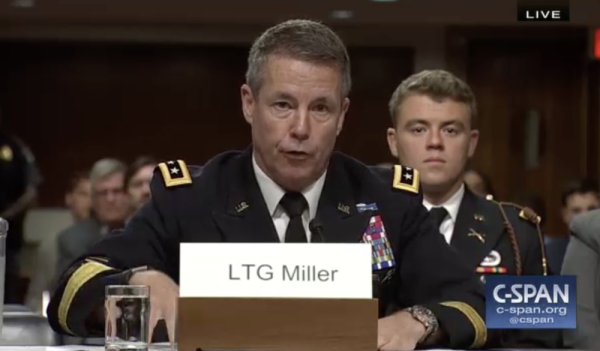 If you thought the United States was ever going to leave Afghanistan, the hearing on Tuesday to confirm Lt. Gen. Austin S. Miller to lead the coalition presence there should do away with that assumption.

Some 17 years after U.S. troops and CIA operatives made their way in, the mission, according to Miller's testimony, is being reframed right in front of our eyes. Initially, in the wake of the September 11th attacks, we were going in to decimate Al Qaeda and their Taliban sponsors, then in the years since, the mission was to build up the Afghan government so it could stand on its own and fight so that we could leave.

Now we're back to the first mission, again.

“Our vital national interest,” Miller said in his testimony, “is to protect against threats emanating from Afghanistan.” And he later added: “I can't guarantee you a timeline or an end date.”

Translation: We're never getting out of there.

Not that America really cares. Afghanistan rarely comes up on the presidential campaign trail, nor does it register as more than a blip in most opinion polls.

Still, Miller takes on what is pretty much an impossible task: command of 16,000, 15,000, or 12,000 U.S. troops (sorry, I'm not really sure, since all of these different numbers were offered by Senate Armed Service Committee members, which is a pretty neat demonstration of how little they give a fuck) stationed there, trying to build up an incompetent Afghan military, led by a corrupt Afghan government.

“This campaign will not be resolved by military means alone,” he said. “There has to be a political component that takes place here.”

But when asked what we need to be doing differently that we haven't done for 17 years, Miller went back to the same talking points we've heard ad nauseam for the past decade: We need to train, advise, and assist Afghan forces “so that it lightens our touch” as we work towards a political solution.

In other words, Senator, we're just going to do the same old shit.

In Miller's view, it seems, having troops in Afghanistan is not really about fixing the Afghan government, or even necessarily getting us out of there and bringing soldiers back home. Instead, he harped on our presence being the mission, period.

By having soldiers there, we stop the enemy from attacking us here, the reasoning goes. “This is about protecting U.S. citizens, when you go right to the heart of the issue,” he said. Then later, “the most important thing we’re doing is disrupting the terrorist threat.”

It's an interesting line of reasoning, which makes it pretty much impossible for Congress or the American people to gauge any level of success. As long as terrorists don't carry out an attack that was planned from Afghanistan, the military can call it a “win.” Which is why Miller's answer to the question of “what does winning look like?” was this confused mess:

Still, there was a particularly great question from Sen. Angus King which produced the most confused answer of the hearing. Here's the transcript:

The question is what makes Afghanistan so peculiarly safe as opposed to Pakistan, Iran, Iraq, Africa, Syria? I’m genuinely trying to understand why all the blood and treasure goes into one country if the enemy can simply set up a tent city in the middle of the Sahel or somewhere in Pakistan or somewhere in Iran.

Why is it Afghanistan is the center? You’re talking about a mobile enemy. Most of the people that plotted Sept. 11 weren't from Afghanistan, they just used the land. Help me out here.

In Afghanistan, as we discuss it today, one of the unique pieces is Afghanistan still has a functioning government. I would go to that direction.

Al Qaeda, ISIS dangerous in Afghanistan. [They are] transnational in nature. Communicating outside of the conflict zone and not dissimilar to other places around the world in which my particular command, where able, attempts to address those threats as well.

SEN. KING: Well I understand your answer but I really don’t.