The recent scandals at the Department of Veterans Affairs culminating in the resignation of Secretary Eric Shinseki are a sobering... 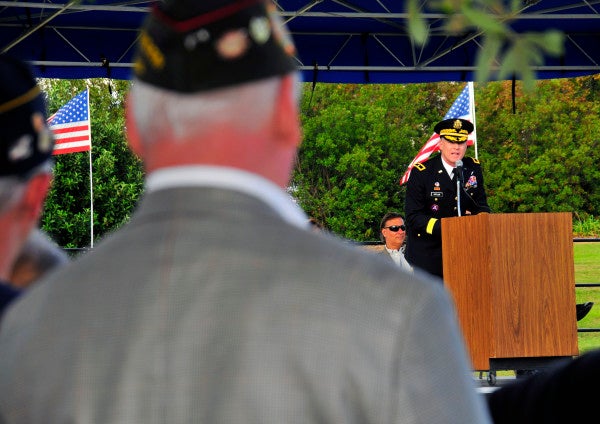 The recent scandals at the Department of Veterans Affairs culminating in the resignation of Secretary Eric Shinseki are a sobering reminder of the difficulties we face in caring for America’s veterans. Fortunately, veterans service organizations exist and have a rich history of advocacy on behalf of veterans. But unfortunately, declining membership in these organizations makes the future of veterans’ advocacy uncertain.

The struggle to provide support and care for veterans and their families has existed throughout American history. On March 4, 1865, President Abraham Lincoln, careworn and aged from the trials of shepherding the nation through the Civil War, stood before thousands of spectators on Pennsylvania Avenue to give his second inaugural address. As he stood before the gathered spectators, Lincoln spoke about the recovery of the nation. Foremost on his mind was the compassion that he knew would be required to care for the countless sick and wounded veterans who had bought victory for the Union at great personal cost:

With malice toward none, with charity for all, with firmness in the right as

God gives us to see the right, let us strive on to finish the work we are in,

to bind up the nation’s wounds, to care for him who shall have borne the

battle and for his widow, and his orphan, to do all which may achieve and

cherish a just and lasting peace among ourselves and with all nations.

Prioritizing veterans’ care started at the end of the Revolutionary War when the newly established United States government began to issue limited pensions to soldiers and their widows who faced dire poverty. When small pensions were offered, they were often in the form of land grants or farm implements and animals rather than liquid cash. It was not until after the Civil War that monetary pensions were offered widely to wounded or deceased veterans and their families.

In 1866, soldiers, sailors, and Marines who had served, founded a fraternal organization called the Grand Army of the Republic. The Grand Army became one of the first organized advocacy groups in the United States and was instrumental in lobbying for a more expanded pension system for veterans. In 1890, when membership in the Grand Army peaked at 490,000 members, Congress passed the Dependent Pension Act to provide expanded pensions for veterans who served honorably and became unable to work as a result of injuries. The Grand Army — which disbanded in 1956 when its last member died — was quickly followed by other veterans’ advocacy groups.

In 1899, American veterans of the Spanish-American War and the Philippine Insurrection founded local organizations that evolved into the Veterans of Foreign Wars, and in 1919, the American Legion was formed by members of the American Expeditionary Forcewho advocated for fellow veterans returning from the Great War.

The culmination of all of these efforts was actual institutional change. In 1930, as a direct result of the advocacy of these groups, the Veterans Administration was formed when Congress authorized the resident to “consolidate and coordinate Government activities affecting war veterans.”

In the 1940s, the ranks of the over four million veterans of the World War I swelled dramatically with the return of 15 million veterans from World War II. These men and women joined veterans organizations in huge numbers, forming local posts and creating a social organization that allowed them to continue relationships and forge bonds between the men and women who had shared the common experience of service. Growing numbers of membership imparted these organizations with enormous political power and resulted in a significant expansion of benefits available to veterans. As a direct result of their demands, the GI Bill was enacted in 1944, making college accessible for an entire generation of veterans. This legislation fundamentally changed the socio-economic landscape of the country.

America's debt to those who would fight for her defense doesn't end the day the uniform comes off. For the security of our nation, it must not end. Every time a man or woman enlists in the Army, Navy, Air Force, Marines, or Coast Guard, he or she is ready to lay down his or her life for our nation. We must be ready to show that America appreciates what that means. I like to think that this bill gives Cabinet rank not just to an agency within the Government but to every single veteran.

Today there are over 140 different organizations for veterans. The latest generation of veterans from Iraq and Afghanistan has continued the tradition of forming advocacy groups. Perhaps the best known is the Iraq and Afghanistan Veterans of America. The IAVA and other new organizations have helped raise public awareness about issues including suicide, the treatment of post-traumatic stress, and traumatic brain injuries. They have also played an instrumental role in assisting veterans obtaining medical care and navigating the often-complex process of applying for VA disability benefits.

As a result of these efforts, the care for our nation’s veterans is now at the forefront of the American consciousness. The VA is now the fourth largest department of the United States, with a total budget of $152 billion and nearly 280,000 employees. It operates the nation’s largest integrated health care system, with more than 1,700 hospitals, clinics, and community centers around the country.

The American Legion and the IAVA, among other groups, have also taken the lead in pushing for reform at the VA. After the recent revelations about the hidden “waiting lists” for veterans awaiting care, the American Legion took the bold step of calling for Shinseki’s resignation. The political influence of veterans organizations was thrust into the spotlight, when Sen. Richard Burr, who serves as the ranking member on the Senate Veterans’ Affairs Committee, publicly chastised the VFW and other organizations for not echoing the American Legion’s call for Shinseki to resign. The resulting firestorm of media attention quickly increased the pressure on the administration, ultimately resulting in Shinseki’s resignation. The IAVA has pushed the issue further, with founder Paul Rieckhoff regularly appearing on cable news calling for accountability and reform across the breadth of the VA.

The influence of veterans service organizations, however, may be on the wane. The majority of members of the American Legion and the VFW are Vietnam veterans, and the average age of their members is almost 60 years old. In the coming decade, the ranks of the Vietnam-era veterans will decline, and the few remaining WWII and Korea veterans will disappear. At the same time, even with the formation of groups such as the IAVA, the latest generation of veterans is not joining advocacy organizations in nearly the same numbers as previous generations. Despite there being more than 2.8 million new veterans of the wars in Iraq and Afghanistan, the IAVA’s membership of almost 300,000 “members and supporters” amounts to less than 10% of eligible veterans. Similar numbers are reflected by the VFW, whose statistics show that they are capturing only about 15% of eligible veterans of Iraq and Afghanistan.

The lack of participation by Iraq and Afghanistan veterans is a troubling sign. Throughout history, these groups have been most successful in their advocacy when their membership numbers were high enough to amass significant financial and political clout. The American Legion has seen membership numbers decline from 3.1 million in 1993 to 2.4 million in 2013. This has resulted in a decline in the number of operating posts, from 14,700 posts in 2000 to around 14,000 in 2013. The VFW has seen a similar sharp drop, from 2.2 million in 1992 to 1.5 million in 2011. As a result, the number of VFW posts has dropped from its peak of 10,500 in 1992 to less than 7,000 posts in 2013.

It is unclear as to why the newest generation of veterans is no longer joining service organizations in the same numbers. Unless they step up and accept the mantle of leadership from aging members, there exists a real danger that the most vocal and successful veterans advocates throughout American history will lose their ability to provide support and lobby on veterans’ behalf. In the coming years, America’s newest generation of veterans must recognize that the tradition of joining VSOs is a worthwhile effort for themselves and their families. If they do not, then just like the “old soldier” of Gen. Douglas Macarthur’s 1951 farewell speech to Congress, the VSOs will “never die,” but they will certainly “fade away” and America’s veterans may lose their voice just when they need it the most.