At Task & Purpose, we worry an awful lot about the perception of modern military veterans in American society —... 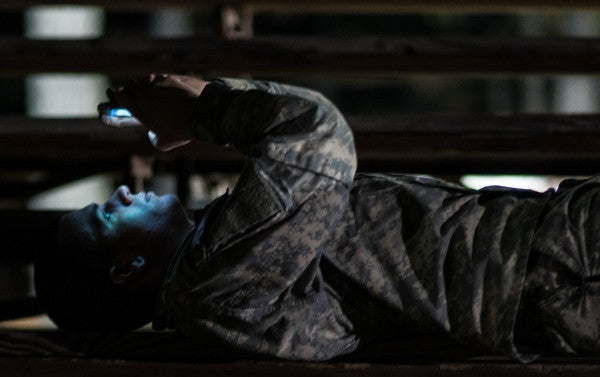 At Task & Purpose, we worry an awful lot about the perception of modern military veterans in American society — it’s a big part of our raison d'être.

In military circles, we call it the civilian-military divide, but it’s more of a buzz phrase than an accurate description. There’s no uniform civilian population, and folks aren’t sitting around wondering how they can better understand and connect with modern veterans.

Like any disconnect, the problem driving this civilian-military divide centers around ignorance. In a sensationalizing news culture, it’s easy to get to a point where all you read or hear about veterans issues is about suicide, post-traumatic stress, sexual assault, or any other attention-grabbing headline that isn’t actually representative of the diverse, dynamic community of modern vets.

Enter theSkimm, a fast-growing news startup that offers a daily newsletter about the news you need to know. With a target audience of women ages 18-35, and with women comprising 80% of its subscribers, theSkimm may have found a role it didn’t expect — introducing hard-hitting, and often tough-to-process news about the modern military to an audience that otherwise would never see it.

With well-written synopses of stories on ISIS, the war in Afghanistan, or the Department of Veterans Affairs scandal, theSkimm has managed to make important stories interesting and fun, and made it cool to read the news and be informed.

“We want theSkimm to be part of fostering a generation that has an awareness of news and the global community,” the founders of theSkimm, Danielle Weisberg and Carly Zakin, told Avelist last month.

And they’ve managed to grasp the nuance of tough military stories in a concise way — and perhaps more importantly, have delivered those stories to the inboxes of hundreds of thousands of subscribers who may otherwise not have seen them.

With hundreds of thousands of engaged subscribers, theSkimm is changing the way folks receive their news in just the way we might need; “theSkimm sounds like your friend telling you what you need to know. It's relatable and to the point,” the newsletter’s founders told Brand Channel over the summer.