Don’t Get Trapped By These Fake-News Blue Falcons

Fake news knows no bounds. In recent years several websites have popped up with one target in their sights: military... 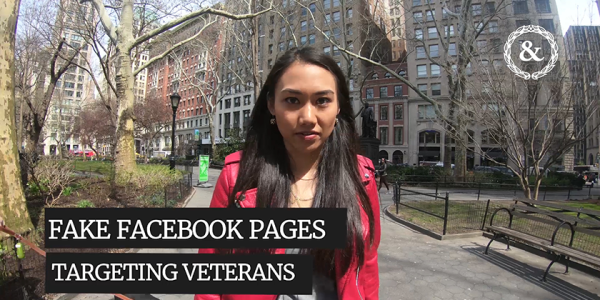 In recent years several websites have popped up with one target in their sights: military veterans.

One of the sites, VeteransToday.com, publishes content linked to both Iranian and Russian media, and features writers with questionable biographies. One of those writers is Gordon Duff, whose record shows that he was not the special operations Marine combat veteran that he claims to be, but actually only spent 18 months in the Marines as an administration clerk… and was in Vietnam for what appears to only 16 days.

The YouTube page Gordon linked in his bio has been terminated for violating YouTube’s community guidelines, but his shilling for weird conspiracy theories is so strong that there are other conspiracy blogs out there pointing out that pics of Gordon online don’t all seem to be the same person. One site even claims Gordon’s really the fake identity of someone named Bob Foote.

But good ol’ stolen-valor Gordon is just one of many pro-Putin trolls trying to influence veterans with fake news.

The Atlantic recently reported that oodles of fake Facebook pages and other social media profiles are increasingly targeting veterans. One of those Facebook pages took the name and logo of the actual nonprofit Vietnam Veterans of America and linked to news on other fake websites such as VVets.eu. That particular Facebook page reached nearly 200,000 followers before it was reported and shut down, months later.

While it doesn’t seem like there’s an easy way to put an end to incendiary sites, there are some red flags that can help internet users avoid being duped.

The content found on the fake Facebook page had multiple links to articles on Vvets.eu. This wasn’t a dot-com or a dot-org or a dot-anything that might give you a warm and fuzzy sense that this is the sort of website you even want to be dealing with. Time to move on!

When looking into the content posted on VeteransToday.com, many of the posts are the same exact ones published on a site called New Eastern Outlook, which has links to Russia.

2. Poor use of the English language

Basic grammar and spelling errors are annoying in real life, but when you have to question the author’s familiarity with the English language on a seemingly American website intended for American audiences, these are probably posts that aren’t worth your likes, comments, or shares.

I understand that not all veterans are known for being the greatest masters of language arts — and sure, I mix up the proper use of “less” and “fewer” too — but you shouldn’t have to depend on context clues to figure out what you’re reading.

When the “About Me” section is blank and there’s no mention of a credible non-profit status if they’re claiming to be one, or even pictures and biographies of the supposed membership and leadership of the organization, then go ahead and click that “X” on your window and move on.

If there does seem to be a decent amount of content, take a step back and consider evaluating if the articles shared are incredibly divisive or politically charged. Sure, everyone has an opinion, but beware of of any text that encourages violence or illegal behavior.

Some above-average situational awareness is necessary

As these types of phony websites persist and progress, the above is by no means a catch-all strategy. Veterans Today is well evolved past the bare minimum stage that VVets.eu is, but taking a deeper look shows content that is hard to verify. Using a resource like Media Bias/Fact Check may help as well, but it’s important to continually gauge your own openness to being targeted, and how quick you are to believe what you see online.