The Fine Line Between Military Hazing And Discipline 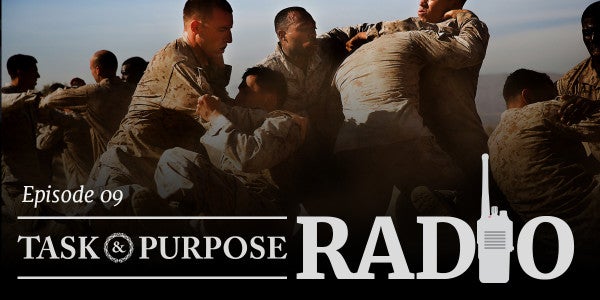 This week on Task & Purpose Radio, Lauren Katzenberg interviews former Army Spc. Cody Full, who was roommates with Bowe Bergdahl at Fort Richardson, Alaska. In Afghanistan, they were members of the same three-man fire team before Bergdahl disappeared. Full talks about what he thinks should happen to Bergdahl and why he walked off base.

Then, Lauren, Nate Bethea, and James Weirick discuss a new report released by the Government Accountability Office on hazing in the military.

Finally, Weirick reads some real messages that Task & Purpose has received to its Facebook page. If you’ve seen Jimmy Kimmel’s segment where he has celebrities read mean tweets written about themselves, you’ll get the idea.