The recent release of the Army’s Officer Separation Board results cutting more than 1,500 majors and captains has generated an... 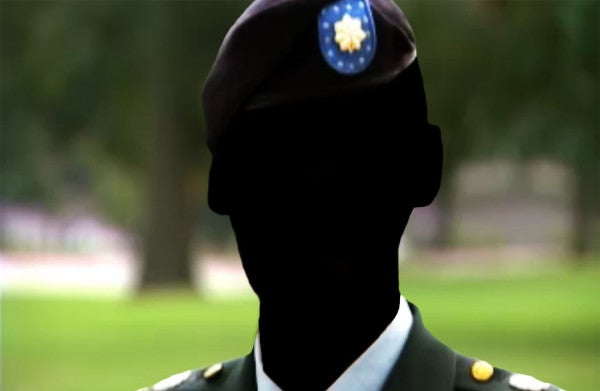 The recent release of the Army’s Officer Separation Board results cutting more than 1,500 majors and captains has generated an abundance of controversy within the military over the last several months.

First, came the anguish over having to reduce the pool of officers due to projected slimmed budgets and fewer formations. Then there was an outcry over officers receiving their separation notices while deployed to Afghanistan. Some received their notification right after moving their family on a permanent change of station. Most attention centered on how more African Americans were selected for separation than any other race.

Laying off leaders and ending careers is an ugly thing to do, particularly after 13 years of sustained combat. Many brave officers — including many Purple Hearts recipients and those with tremendous combat experience — will soon depart our ranks. Although of little consolation to those receiving pink slips, one must consider the broader context that this action is more philosophical than financial. Beyond the need to reduce the force and to save on personnel costs, the officer separation board was a targeted way to enhance the Army’s Profession of Arms.

The Army Doctrine Reference Publication 1 is a powerful document because it is one of the first of its kind in our army, as it attempts to codify the Army service as a profession of arms: “…The responsibility of Army professionals to ensure the profession maintains its five essential characteristics now and into the future.” Further, Army leaders must maintain “…military effectiveness while seeking efficiencies during transition.”

A critical component to the profession of arms concept stresses that members must be stewards of the profession. Leaders must check each other and cull the herd if necessary. The publication states that “…all true professions self-police their members….” This goes beyond inspecting haircuts and all-powerful reflective belts. When the soldier does not meet a standard of character in the profession (i.e., the Army’s values, good order and discipline, and ethical conduct) then he should not be considered a professional. This is essential while seeking those “efficiencies during transition.” When the means to sustain such a large standing force no longer exist, the profession must look hard to find those efficiencies. The most ostensible way to do this is to police up those who cannot remain a part of this select group. All too often, unfortunately, a small sample of members help the process along through self-selection.

Looking at the statistics of those majors selected for separation, the board largely focused on policing the profession in terms of character and performance. Eighty percent of those selected — 440 out of the 550 majors — had derogatory information in their files. This could include a permanent General Officer Memorandum of Reprimand or negative statements in an evaluation. An officer can receive this for a host of reasons, but may include anything from a DUI to plagiarism in an academic setting. It is an indicator of a serious character issue. Further, 190 of the 550 majors had non-left justified or below-center-mass evaluations. Here the officer had below-average performance during a rating period or little potential for promotion to higher levels of responsibility. Clearly, this board was necessary beyond meeting budget goals. The Army profession did not have to wait for a promotion or command selection board for these officers to be identified.

The cold reality is that the Army and the all-volunteer force is not a charity, work program, or entitlement. It is a profession that, by its serious, deadly nature, must be highly selective when considering the character of those who lead it.

Peer officers must look at themselves and ask if someone with derogatory data in their record should be promoted at the same rate as someone without it. Should he or she be given an equal chance to lead troops and hold key positions as another equivalent candidate with no professional blemishes?

A commander, for instance, with a DUI in his past — no matter how far removed he is and how exemplary his service since — loses a sense of trust that the profession depends on. Soldiers lose trust in their leader to make sound decisions and the public’s perception of what honorable service is becomes tarnished.

This commander may retain statutory authority through his position, but gives away a sense of moral authority to reprimand or separate soldiers under his command who committed the same crime. Moral authority is based on the exemplary character of the leader, “…always tested and it is fragile.” It is what gives him the credibility to establish and maintain the high ethical standards of his organization. If the leader shows poor judgement and an inability to maintain those same high ethical standards himself, then he cannot expect his unit to do the same.

Consider Charles V. Slider III’s situation, a major who was recently notified that he was being removed from active-duty service, a decision he attributes to a General Officer Memorandum for Record in 2006 for a DUI. How many soldiers did he punish for a DUI? How many soldiers did he separate for poor performance or character failings? An officer who cannot be trusted to obey the law, particularly one so obvious and avoidable as drunk driving, can not in good conscience be trusted to enforce it. He lost a degree of his moral standing to lead by example, to garner the trust of his future subordinates, and to maintain that very same trust required to continue as an Army professional.

The intent here is not beat up on Slider. His candor is appreciated as an example of how the separation board has affected some of our leadership. Further, errors in judgement committed early on should not necessarily spell the end of a career. Many officers may have blemishes in their past and go on to serve with honor and prestige. For example, legendary Adm. Chester Nimitz, while an ensign in command of the USS Decatur long before the war, miscalculated his ship’s bearing and the tidal currents and grounded it on a sandbar south of Manila Bay. He went on to receive only a letter of reprimand and go on to become a fleet admiral.

While both Nimitz and Slider committed errors that brought their abilities as leaders into question, Nimitz’ mistake was tactical in nature. Outside forces, such as uncertain currents and poor nautical mapping, compounded by his own inexperience, contributed to his error. Slider’s mistake was based on character and was entirely foreseeable — that is, if one drinks to inebriation he, therefore, cannot drive legally. It is this variety of poor judgement that degrades moral authority to lead and therefore destroys the trust between leader and subordinate, officer and profession, profession and nation.

The release of the board’s results is an uncomfortable time in our Army and one that has been felt before in its history. But it is more important that the separation board prevented poor performers from lingering in uniform too long. It enhanced the profession by leaving behind a pool of officers with the requisite moral authority to execute military justice and lead troops by example.

Brad Hardy is an active-duty Army major. The opinions expressed in the article are solely those of the author and do not reflect those of the U.S. government, the Department of Defense, or the U.S. Army.