This Combat Photographer Kept Snapping Until Her Last Moment 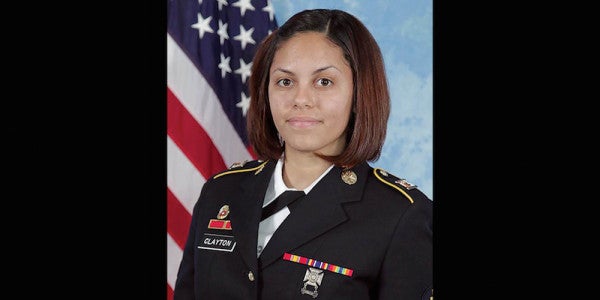 Four years ago, Army Spc. Hilda Clayton, a visual information specialist, was snapping photos moments before a live-fire training accident took her life and the lives of four Afghan soldiers in the eastern Afghan area of Qaraghahi.

Taken on July 2, 2013, the photos — published in the May and June edition of the Army's Military Review journal — show the moment a mortar tube exploded, revealing that Clayton continued to document her surroundings until the very last moment.

But more than that, the photos show that she died in the line of duty, fulfilling her mission.