If Our Enemies Don’t Care About The Gender Of The US Infantry, Why Should We?

The Marine Corps is at the center of the latest military-related social experiment that seeks to answer the question: Can... 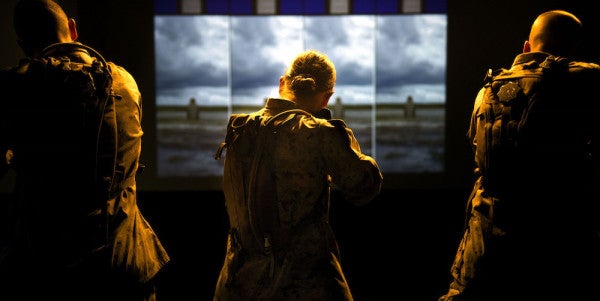 The Marine Corps is at the center of the latest military-related social experiment that seeks to answer the question: Can women serve in the infantry? As a combat veteran of two wars, I believe that the Marine Corps is actually asking the wrong question. Instead of asking what gender is required to serve in the infantry, we should be looking at the ability of an individual to lead Marines and accomplish whatever mission is assigned. The question should focus on whether or not a Marine can serve in the infantry based on that Marine’s ability to meet or exceed the standards required to do the job — period.

During my 27-year career as a Marine, I had the unusual opportunity to serve with women in garrison and in combat units in peacetime and in active combat during two wars. And they performed those roles in combat.

As Brig. Gen. George Smith recently said in a 60 Minutes interview, “We could make the bars lower, but that's really not the issue. The issue is the realities of combat aren't going to change based on gender. The enemy doesn't care whether you're a male or female.”

I enlisted into the Marine Corps Reserve in 1984. After bootcamp and MOS school, I reported in to my unit as a newly minted private first class, and the first person I met was the administrative chief: an active-duty female sergeant. Being young and inexperienced, I didn’t think anything about it. What I didn’t realize at the time, however, was that the only reason she was permitted to serve in an artillery battery was because she was on the inspector/instructor staff; she could not serve in the actual battery. That privilege was reserved only for men.

As we went to the field for my first drill weekend, I saw several female Marines in the battery area. I observed a woman driving an ammunition truck as it trundled behind the gunline dropping off ammo to the guns. After a full day of shooting, the fire direction center, gunline, and executive officer’s pit maintained a minimal crew throughout the night to maintain a firing capability, and as the boot fire controlman, I scored the midwatch. Lucky me.

My duties consisted of staying awake, monitoring the radios, and wearing a voice powered H-200 headset. Interestingly, one of the voices on the voice loop was a woman’s, and not the same woman who was driving the ammo truck earlier in the day.

Like the woman who I saw driving the ammunition truck earlier, she was in an artillery battery, but was not technically part of the unit; instead they were both actually assigned to the battalion headquarters. They were “site-line distributed” to our unit in order to fill line numbers on the headquarters’ table of organization; members of the battalion staff sections were often located with the firing batteries where they drilled every month and then reported for duty at the battalion level during our annual training in the summer.

In retrospect, the fact that women were actively training and serving in an artillery battery — a combat unit — was remarkable. These two women, both NCOs, demonstrated daily that there was nothing they were unwilling to do, and they were equally respected by male Marines for it. Nobody cared that they were women; all we cared about was shooting, moving, and communicating.

Even more telling was that there was never an instance of the perceived impropriety that paralyzes the Department of Defense today. These women dished it out and took it like every other Marine. They took the initiative to pitch in wherever and whenever they could, and in doing so, met and exceeded the standards expected of any Marine in the battery. There was no divisive line between the sexes.

Fast forward to 2005 and a completely different setting: Ramadi, Iraq. I commanded a brigade platoon of Air Naval Gunfire Liaison Company (ANGLICO) Marines and sailors assigned to the Army National Guard brigade responsible for Area of Operations Topeka — chunk of hotly contested battlespace at the height of the insurgency. The brigade was in active combat every day. As we collectively learned how to perform counterinsurgent operations, the official barriers that kept women from combat roles were often cast aside. Women manned machine gun turrets in tactical vehicles and managed to sling a lot of lead accurately at insurgents who were intent on plugging their vehicles with an RPG. They drove down Route Michigan and rode the lightning when they struck improvised explosive devices. They dismounted like every other soldier and engaged the enemy to secure their disabled vehicles, some being grievously wounded in the process.

Women also shouldered a pack and carried a rifle during combat operations. Although their roles were not technically “combat” roles, they joined their male brethren as they left the relative safety of the bases for combat missions. They earned Combat Action Ribbons and Combat Action Badges for fighting beside their male counterparts, and indeed some were decorated for valor for their performance in the fight.

The gear they carried was no different from anyone else. Flak jacket, body armor, helmet, rifle, magazines, grenades, radios, water, food, and the myriad other bits and pieces of a combat ensemble that were not inflated with helium nor made of a special lighter material for women. They either carried a combat load or they didn’t leave the wire. In active combat, the ability to fight is what matters, not gender, race, sexual orientation, or any other societal segregator. Either you bring it or you don’t. And I served with women who brought it.

Fast forward yet again, this time another five years to Afghanistan and again with 1st Air Naval Gunfire Liaison Company. We served with joint, allied, and coalition forces including no small number of women. During Operation Moshtarak, the assault on the Taliban stronghold of Marjah, Lionesses, civil affairs group Marines, and other enablers who crossed the line of departure and stepped into the fight alongside their male counterparts.

If the enemy doesn’t care, we shouldn’t either. A Marine can either make it over the bar or not; passing the rigors and meeting the standards of the military profession should be based solely on the individual’s capabilities. In a firefight the gender of a person carrying a rifle, firing a machine gun, or issuing orders over the radio is utterly irrelevant if that person can physically, mentally, and emotionally accomplish the mission. Having been in my fair share of gunfights I can say without reservation that I could care less who was behind the weapon that engaged the enemy alongside me; anybody who says that they would not trust a qualified and competent warrior on their left or right simply because of gender (or race, or sexual orientation) when the bullets start flying is either ignorant, lying, or has never had to face the muzzle end of an angry AK.

There are and will be women who are certainly capable in all aspects to meet the standards necessary serve in the infantry. Although one has not yet passed the Marine Corps Infantry Officer Course, someday one will. And then two. And then more. To categorically deny the opportunity to be a combat leader based on the perception that women are not capable flies in the face of both experience and reality. The bar has been set, and women will get over it. Either a Marine can meet the standards to be in the infantry, or artillery, or other combat arm or they can’t.

If a woman can pass the test required to be in the infantry, then why shouldn’t she then be required to take charge of a unit and get it ready to fight? It is time to stop collectively wringing our hands and conducting social experiments and instead it is time to act. It’s time for every Marine to shoulder a pack, pick up a rifle, and take the fight to the enemy. After all, that’s what Marines do.