Friends and enemies were made and I've enjoyed meeting Tom Ricks and other TBD/TLM regulars. I regret not knowing some better and resolve to befriend others before the venue closes 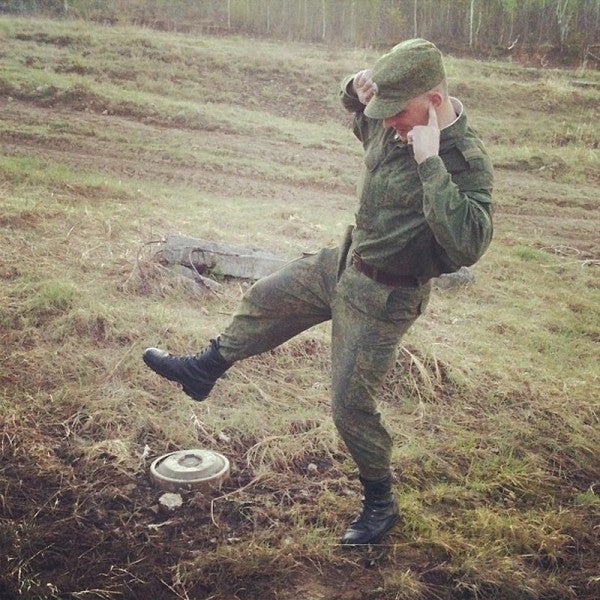 Tom allowed me to comment on his contributions to the 'interwebs' on the condition that it be anything but 'fawning;' more of a lessons learned. Sorry this is long, but some (interpreted) history is warranted.

Circa 2002, I was working on a master's thesis about Army officer retention. I stumbled into a webgroup of smart, young officers all seeking to improve themselves and their units and solve the world's problems. We argued, much like here. We also learned a lot, but solved little. Years of banter later, we weren't so junior and many weren't officers anymore so the group needed to change.

A new, larger, community formed. Among the new members was Tom Ricks (at the Washington Post), and other erudite journalists (e.g. Army Times and Wired). We were joined by Congressional staffers, Beltway bandits, and a panoply of wise veterans. The expanded scope was 'national security' writ large. Again, battles ensued, but the august group leader maintained civility with a 'code of conduct' of sorts. Most important was that the debate remain 'non-attribution.' Unless one received expressed permission, what happened in the forum stayed in the forum.

Again, brain cells burned, arguments sharpened, and learning happened – even if unapplied. At one point, as I readied my battalion for OIF, I was furious with the ineffective mobilization station. The journos, Tom included, heard my plight. They were prepared to publish the details; if I decided I really wanted to 'burn' the whole place down. Saner minds, including an astute major, talked me out of the tree. But I appreciated that the press, sharing our corner of cyberspace, kept the story to themselves. The non-attribution bonds held. And this was a key lesson, for a military often – improperly – educated that the press is, somehow, the enemy.

This second community survived many years, before fading away. Fortunately, Tom's The Best Defense (TBD) arrived at ForeignPolicy.com in 2009. TBD quickly gained a following and earned awards, including “2010 National Magazine Award as the best blog of the year.” As noted by Mike Jones, TBD posts “range from a detailed analysis of Middle Eastern politics one day to a historical account of the U.S. civil war the next. [TBD] also published a series of great guest posts, favorite being Rebecca Frankel's weekly discussion of war dogs.”

Guest posts were a study in accommodation. No topic was too small and if a post was marginally well written and argued a point – even, or especially, if it contrasted with Tom's worldview – he usually accepted it. I suspect this was in part to pad the blog, and some visitors were mightily abused over half-baked ideas or poor, overblown writing. But the blog was a sum of its parts, and, as Jones noted, guest posts were a big part of its success.

Tom kept a light hand on the reins at TBD. He viewed it as a tavern, where regulars like Cheers' Norm and Cliffie had favorite barstools but guests were always welcome. Tom dispensed conversation fodder from his tap for the amusement and argument of his thirsty patrons. Trolls periodically invaded, trashed the place, and then departed. The regulars cleaned up the mess and policed when possible. Tom's ban hammer went all but unused. Only nasty, personal attacks were sternly counseled. Verbal fisticuffs sometimes raged for days or weeks. Guilty as charged.

But the most prominent foe was the Livefyre (LF) posting system, which earned the ire of everyone. LF started terrible and grew worse. But comments don't make websites money and we masochistically posted anyway. Once LF egregiously exposed posters' email addresses; providing lessons in the virtues of anonymity and sock puppet accounts.

In January 2018, Tom joined Task & Purpose under The Long March (TLM) banner with the same format. The comment system was better than LF; until comments began disappearing, a continuing problem. But TBD was a convent compared to the unruly crowd at TLM. I left in October for this reason. Perhaps the lack of civility also played a part in Tom's decision to end his blogging.

Friends and enemies were made and I've enjoyed meeting Tom and other TBD/TLM regulars. I regret not knowing some better and resolve to befriend others before the venue closes.

So here's an After Action Review for blogs that hope to duplicate, or improve on, Tom's superb efforts.

'Hunter' is a plankholder of TBD and TLM. He will miss the conversations and fights. Thanks to Tom for keeping the lights on and the 'beer' cold for nine years; that's a long time and a lot of posts.