Why Military Innovation Requires Rewiring How We Think

What if military leaders and innovators are looking in the wrong places to study innovation? We focus on innovative companies,... 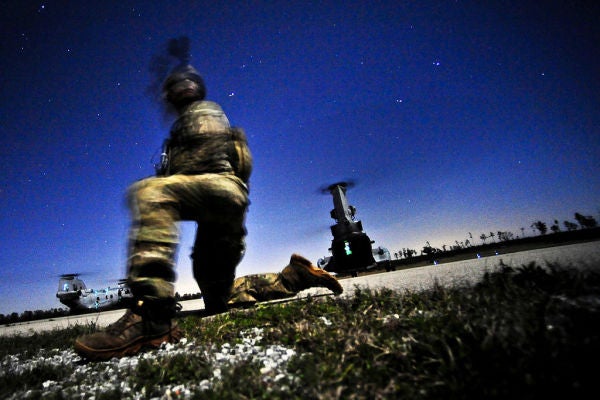 What if military leaders and innovators are looking in the wrong places to study innovation? We focus on innovative companies, successful entrepreneurs, or previous innovators in the military. But what if we have just as much to learn by turning our focus inward on what drives our behavior?

Looking inward is very old advice — hanging over the Temple of Apollo in ancient Greece were the words “Know Thyself.” The Greek philosopher Socrates invoked the phrase to explain why he turned from the study of sciences like biology or astronomy. If he did not yet know himself, how could he come to know other things? The question is as useful to innovators today as it was to philosophers in Ancient Greece.

In an earlier post, I described how our “wiring” — our innate, emotional motivations — makes military innovation so hard. This post addresses how to work around that wiring. If we understand what triggers emotional reactions and what behavior those emotions lead to, we can get better at innovation.

I teach American government at the Air Force Academy, and I can’t help but see descriptions of human nature in our country’s political writings. James Madison, the United States’ fourth president and “Father of the Constitution,” described human nature as ambitious. He argued for a government in which “ambition must be made to counteract ambition,” asking, “What is government itself, but the greatest of all reflections on human nature?”

Related: The misconception about innovation in the military »

Madison also described human reasoning as dependent on “party loyalties.” Our opinions are inevitably connected “with the spirit of pre-existing parties… The reason of man, like man himself, is timid and cautious when left alone, and acquires firmness and confidence in proportion to the number with which it is associated.”

In Madison’s view, we don’t make decisions based on the merits, but based on which group we belong to and the influence of that group. We are naturally political thinkers, not necessarily in the sense of Democrat vs. Republican, but in the sense that we care about status and we care about what others think, especially those whom we respect. This natural thinking, however, is not innovative thinking. In fact, political thinking is the opposite of innovative thinking.

While political thinking pursues status, innovative thinking pursues learning. Innovation is the process of generating novel ideas and experimenting with those ideas to see which are effective. Where Madison said that political opinions “acquire firmness” based on popularity, innovator’s opinions “acquire firmness” based on data gathered through experimentation.

These two types of thinking create a gap between the behavior we need and the behavior we’re wired for: We need experimentation and collaboration, but we’re wired to seek status and remain loyal to our groups. If an innovator were a cook, it’d be like having two ingredients — steak and potatoes — when the next course is dessert. The only way dessert is possible is if we change how we think about steak and potatoes. Or, if we make dessert a central part of the meal. We have to redefine status and what it means to be loyal to a group.

Military innovators and leaders have to work around this natural wiring by making military groups bigger, placing loyalties to the overall mission ahead of units, career fields, and military services. (It’s not that we shouldn’t be loyal to lower-level groups, but we don’t need any reminders to be loyal to the people closest to us.) Group loyalty is the result of spending time together, according to Émile Durkheim, a pioneer sociologist of the early 20th century, “The very act of congregating is an exceptionally powerful stimulant. Once the individuals are gathered together, a sort of electricity is generated from their closeness.”

Why do small units in the military find it easy to adapt, while the Pentagon is renowned for resistance to innovation? The answer has something to do with how the we interact in small units versus how we interact in the Pentagon. Rather than build teams with morning PT, the Pentagon’s five rings and rows of cubicles reinforce hierarchy and differences between the military services. An obsession with protocol is more likely than an obsession with the mission.

Military leaders can combat this, to an extent, by reinforcing our common military mission across all military services and careers. And where that doesn’t work, perhaps the best way to innovate in the military is to make innovation decisions away from the Pentagon.

Today’s national security makes it imperative for us to build an adaptable military. There’s no one way to do it, but the first step is to understand what drives our behavior and makes military innovation so hard in the first place. We’re wired to seek status, and we’re wired to support the groups to which we belong. At the same time, though, we’re capable of recognizing that this is the case and of re-directing that wiring to promote innovation.