More Veterans Will Mean A Better And More Diverse Congress 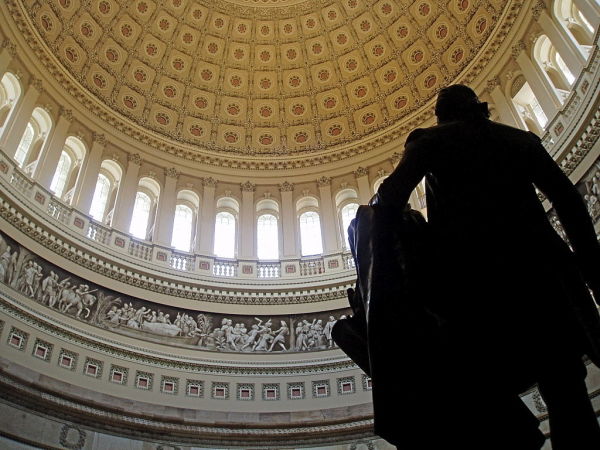 In his recent article, “Congress Needs More Diversity, Not More Veterans,” Rob Irving wrote, “Unfortunately for the veteran movement, veterans are already overrepresented in Congress by a factor of two, while other important groups remain grossly underrepresented.”

Irving has presented a false choice, however, as veterans are actually increasing diversity in Congress. Moreover, in comparing previous military service to gender, religion, and ethnicity, Irving misses the essential difference between a politician’s qualifications for office and his or her demographic background, thereby undervaluing the tremendous benefits veterans can bring to public office.

Irving makes some great points about the organizational benefits of diversity, and asserts that he “never fully appreciated the immense value of diversity” until he left the Marine Corps to attend Harvard Business School, initially indicating that the latter was a more ethnically diverse environment. However, the fact that 76% of his fellow Harvard MBAs are white (versus only 71% of his fellow jarheads) indicates that Irving never fully appreciated how diverse the military is.

Irving’s article includes a chart that compares the demographics of Congress to those of the total U.S. population, to make the point that Congress is strikingly less diverse than its constituents. The chart omits the military, however, which has greater representation than Congress in every minority group Irving mentions, meaning that future veteran candidates could make Congress a much more diverse body.

In terms of gender representation, Irving has a stronger argument. While women make up 20% of Congress, they account for only 16.5% of the military. However, despite making up such a small proportion of the country, women veterans have rapidly become a major force on Capitol Hill. As of just three years ago, only three women veterans had ever been elected to Congress, and the only one still serving, Rep. Sandy Adams, a Republican from Florida, had lost in the primary. Since then, the number has grown exponentially; two women veterans were elected in 2012 and two more were elected in 2014.

Previous military service helps women candidates overcome traditional stereotypes — such as not being considered “tough enough” — while self-selecting for a group of women who are resolute, determined, and committed to public service. It makes sense then that among women between the ages of 30 and 50, those who have served in the military are 13 times more likely to be elected to Congress than those who haven’t.

Moreover, recently elected women veterans come from several backgrounds that Irving highlights as being underrepresented in Congress. Rep. Tulsi Gabbard, a Democrat from Hawaii who still serves as a military police officer in the National Guard, is both the first Samoan American and the first Hindu representative. Additionally, Iraq War veteran Rep. Tammy Duckworth, a Democrat from Illinois, is the first member of Congress born in Thailand.

While Irving rightly points out that Asian/Pacific Islanders comprise 4.9% of Americans but only 2.6% of Congress, veterans account for nearly half of that 2.6%. To increase the minority representation in Congress, one could do a lot worse than look to those who have also served in uniform. In fact, an estimated 98% of non-white veterans report that they want to continue serving their country.

Such an exceptional commitment to service is one of several qualifications that most Americans want in their representatives. While in an ideal world, Congress would have the same proportion of women and minorities as the country’s population, few would disagree that members of Congress should be more committed to service and better educated than the average constituent.

In downplaying the importance of military service in Congress, Irving argued that “we must also recognize that other traits and backgrounds are equally valuable to possess and equally critical for Congress to represent,” adding that “Congress ought to look and think like the people.”

While a Congress that reflects its constituents’ demographic backgrounds is certainly a worthy goal, the notion that a representative’s education, experience, and qualifications should match those of the average voter is unambitious. On the contrary, we should be choosing our representatives from those among us who are the brightest, most qualified, and most dedicated to public service.

Over the last few decades, Congress has grown significantly more diverse, and while most Americans would probably agree that this has been a positive development, it has not been positive enough to limit the coinciding and precipitous decline in our confidence our representatives. During that same period of time, our diminishing trust in Congress has been paralleled by a continual decline in the number of representatives with military experience.

This does not mean that most Americans would identify the declining veteran representation in Congress as the reason for their loss of confidence. However, polls consistently demonstrate that Americans are more confident in the military than in any other institution, and voters view military service as the most positive trait a candidate can possess.

Most voters favor politicians who are selfless, courageous, and willing to set aside their differences to do what is best for the country.

In volunteering to risk their lives serving overseas, veterans have consistently put the safety and interests of their fellow citizens before their own, and have proven capable of overcoming their differences to work together for the greater good of the country.

Such qualities should be not be limited, but instead tremendously overrepresented in Congress.

Military service is certainly not a sufficient reason to elect a candidate, nor does it guarantee that he or she will remain honorable once in Washington, D.C. Still, if we want a Congress that truly inspires our trust and confidence, why wouldn’t we want more representatives from the most trusted sector of our society?