How One Telemarketing Firm Took Millions From Veteran Charities

In 2006, the small Virginia-based veterans charity Circle of Friends for American Veterans was struggling to pull in $200,000 in... 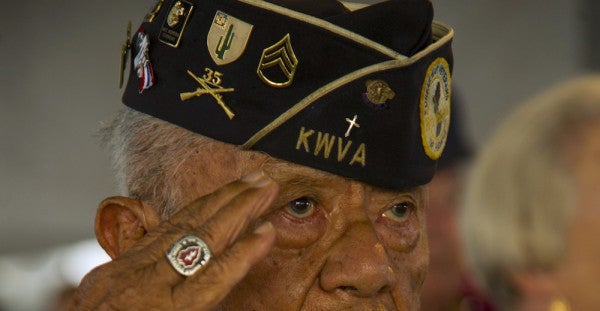 In 2006, the small Virginia-based veterans charity Circle of Friends for American Veterans was struggling to pull in $200,000 in donations. Three years later, the outfit was a fundraising powerhouse, earning more than $2 million in annual revenue, after CEO and retired Army Maj. Brian Arthur Hampton turned to telemarketers and other freelance fundraisers — but according to a new investigation, the vets the money was meant to help barely saw a dime. It went to enrich the Hampton and his fundraisers instead.

The new report, from the Center for Public Integrity, says Hampton’s preferred telemarketer, Outreach Calling, kept a whopping $7.9 million of the $8.7 million it raised for Circle of Friends for American Veterans between 2011 and 2015. That meant more than 90% of the money intended to provide health care, benefits, and job counseling services to needy veterans instead went to fundraisers. Another telemarketing group, Charitable Resource Foundation, held onto $6.4 million of the $7.5 million — 85% of the haul — raised for the group charity during the same period.

Related: Are We Ready For The Decline Of Veteran And Military Nonprofits? »

Complaints about money-management among vet nonprofits aren’t unusual. Most recently, the Wounded Warrior Project was the focus of public scrutiny regarding lavish expenditures and a toxic organizational culture. But the CPI investigation indicates that Outreach Calling in particular had sucked up some $106 million out of the $118 million raised for dozens of charities across the country during those for years, including the Center for American Homeless Veterans, another nonprofit run by Hampton ($315,000 out of $350,000 raised); the National Vietnam Veterans Foundation ($1.7 million out of $2 million raised); and Healing Heroes Network ($22,500 out of $25,000 raised).

Representatives of the Center for American Homeless Veterans and Healing Heroes Network did not immediately respond to requests for comment from Task & Purpose; the National Vietnam Veterans Foundation dissolved in 2016 amid revelations it only kicked 2% of its revenue to the vets it ostensibly was meant to serve.

When reached for comment by CPI, Hampton, 74, justified his relationship with Outreach as a critical element of vet-related fundraising efforts. “Over the course of 24 years, I have tried every other fundraising technique known to me in over four decades with fundraising experience, most of them over and over again, with different variations,” Hampton said. “None of those efforts produced revenue remotely close to the revenue generated by telemarketing.”

In a phone conversation with Task & Purpose, Hampton claimed that the CPI report didn’t capture the full fiduciary history of Circle of Friends for American Veterans and Center for American Homeless Veterans, which he founded as 501(c)(3) and 501(c)(4) organizations in 1993 at the age of 50. The organizations, he said, were struggling financially since their inception — and until they turned to Outreach Calling to boost its income around 2006.

“Look, I first started these organizations, I did it because I was steamed about veterans getting left behind, and I did it alone from a one-bedroom apartment Arlington, Virginia,” Hampton said. “We were there for one year before we could shift to transitional facilities, and even after that, we couldn’t pay rent and were evicted three times in the first decade.”

Hampton said that, despite the outsized payments to Outreach Calling, his two non-profits are turning around more cash to needy veterans than ever before. But when questioned regarding the reporting in the CPI investigation, Hampton turned his focus to author Sarah Kleiner, who he claimed harassed employees of his two non-profits and excluded his responses from her story, after he spent “about 40 or 50 hours providing 500 documents” and answering dozens of questions.

“Everyone in our office called her ‘Sarah the Stalker,’” he said. “She stalked people all over. She called everyone in our organization non-stop, she showed up at a board member’s house … she even tried to scale the gate to a guy’s house.”

Task & Purpose could not independently verify the eviction notices or alleged trespassing mentioned by Hampton; in the case of the latter, Hampton said, the residents declined to file a police report. The alleged frequent phone calls and unannounced appearances at board members’ residences don’t sound like much beyond standard reporting practices.

“As Mr. Hampton declined to answer many questions Sarah posed to him and refused to meet with her, she followed up with him and other people involved in the organization in an attempt to thoroughly report her story,” Center for Public Integrity politics editor Dave Levinthal, who edited the investigation, told Task & Purpose. “Mr. Hampton last responded to any question Sarah asked him on Nov. 3. She continued to follow up with Mr. Hampton and his associates as we neared the publication of our report in an attempt to get more answers.

“As for Sarah scaling a gate in the reporting of this article,” he added, “well, Mr. Hampton is mistaken — she did nothing of the sort.”

“Sarah is a relentless and fearless reporter who holds herself to the highest of ethical standards,” Levinthal added. “She should be proud of her work — we certainly are. And of course Sarah reached out to every person involved with Mr. Hampton’s veterans groups that she could find. That’s what good reporters do — they report.”

Related: A VA Employee Runs ‘Worst’ Veterans Charity In The US »

Riding the wave of growing funds, Hampton launched a vet-centered political action committee that, with assistance from Outreach Calling, is “using the same money-generating tactics as his nonprofit groups,” per CPI. As of 2017, Outreach kept $1.3 million of the $1.5 million raised to advocate for veterans issues, with Hampton collecting a hefty $75,000 for his efforts, while the political organizations he was meant to support “hadn’t received a cent.”

Hampton claimed the increase in his salary reflected back pay from the non-profits’ less financially stable years. “Between the age of 50 and 60, I made a total of $140,000 for parts of two or three years,” he told Task & Purpose. “Circle of Friends for American Veterans and Center for American Homeless Veterans owe me somewhere around a half-million in deferred compensation.”

The Center for Public Integrity disputed that claim. “We exhaustively explored the finances of Mr. Hampton’s organization, paying particular attention to its finances during the past decade, Mr. Hampton’s organizations began working with telemarketing company that keeps the vast majority of the money it raises in its clients’ name,” Levinthal told Task & Purpose. “We found donors to Mr. Hampton’s charity who were shocked by this fact, and we stand by our reporting 100 percent. And it’s telling that Mr. Hampton is not challenging the accuracy of our reporting.”

Instead, it appears that more than 95 percent of the donations are used to pay the fundraising firms, salaries for Hampton and other employees and other expenses related to running the charity’s office.

Circle of Friends of American Veterans describes itself as “an education organization that creates public awareness about the problems and solutions of American veterans.” But, at least as far as the firm Outreach Calling, the tax documents paint an alarming portrait of telemarketers trying to turn a buck on the service and sacrifice of American service members.