Stop Dismissing Everything You Disagree With As ‘Politically Correct’

Political correctness. If you look at any number of comments sections, or a Trump speech, or listen to a lot... 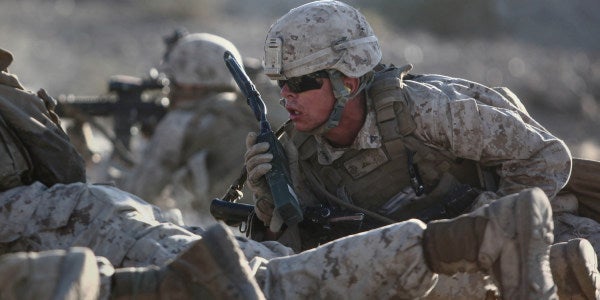 The term gets thrown about a great deal, but what does it really mean? Oddly enough, the term started among far-left Marxists in the 1940s and 50s disparaging those who betrayed their radicalism in order to be accepted in society during the days of the Red Scare. In other words, “politically correct” originally referred to those who were too conservative. Being “politically correct” meant exactly what the plain language of the phrase implied: that the speaker was saying something that was politically in the mainstream.

To most people living today, though, political correctness and its resulting backlash emerged into popular consciousness in the early 1990s. By that time, it had evolved to mean using language that never offended anyone. “African American” instead of “black,” “Native American” or “indigenous people” instead of “Indian,” “disabled” instead of “handicapped,” and the like. It was most prominent in the university setting. College speech codes became the subject of much debate as the line between frank discourse and avoiding offense became the front lines of the cultural battlefield.

Related: Your Time In Service Shouldn’t Be Your Glory Years »

Concern about it had peaks and valleys for the next few years. It popped up here and there, but by and large, it disappeared from view.

Then came the Global War on Terror, and the term reawakened from its slumber. This time, however, it was not usually to describe words. Political correctness came to describe actions that were not tough enough in the eyes of the observer.

Sometimes it was the rules of engagement, not just under President Obama, but also during  the Bush administration. Not destroying religious sites or more strict rules requiring positive identification of the enemy were deemed “politically correct.”

Other times, those who opposed torture were accused of waging a “politically correct” war, thus making it easier for America’s enemies to kill service members.

In 2016, including women in jobs from which they were formerly excluded is “politically correct.”

Even accommodating gluten-free diets can get one accused of being politically correct, rather than just annoying.

There’s really no linkage between torture and women in combat and certainly none between either of those and gluten-free food. Attempts to define political correctness seem to end up like Justice Potter Stewart’s definition of pornography: “I know it when I see it.”

The strangest part about the current use of the term is that by literal definition, if something is politically correct, it must be the most popular position, otherwise politically, it wouldn’t be the correct position to take. To put it another way, in politics, people seldom take stances that they believe will be unpopular. So to say that political correctness flies in the face of common sense or the popular will is contradictory on its face.

Political correctness is now thrown around so often that for many speakers it is pretty much synonymous with “shit I don’t like.” There are certainly reasoned arguments to be made on both sides of most issues, but the politically correct label has become just a convenient slur dismissing an opposing opinion without a cogent argument. It is a last-ditch effort to impugn the other side. Rather than enumerate talking points, root causes, or data, one can just whip out the trope of “political correctness” and end the argument. After all, who in today’s military culture wants to bear that label?

Labelling something as “politically correct” is not really meant to be a real argument, though. It only signals allegiance to a particular side in the cultural wars that have gripped the United States, military included. Until we start to look for solutions instead of cultural battlelines, those wars will continue to rage.