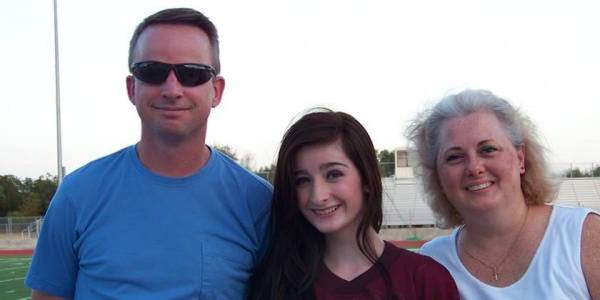 Retired Air Force Chief Master Sgt. Robert Corrigan and his wife Shani were shot and killed when former airman Devin Patrick Kelley opened fire Nov. 5 at the First Baptist Church in Sutherland Springs, Texas. They were just two of the 26 parishioners murdered and 20 others wounded by Kelley before he died of a gunshot in a high-speed chase with two bystanders. But Corrigan, 51, wasn’t just another innocent victim caught in the deadliest mass shooting in state history; he was everything that Kelly was not.

The Corrigans were sweethearts at Harrison High School in Michigan, where Robert was a track star, according to the Clare County, Michigan, director of veterans' services. Robert joined the Air Force in 1985, the couple married, and they relocated to Texas. Over three decades of service, Chief Master Sgt. Corrigan rose to become superintendent of 55th Medical Group at Offutt Air Force Base in 2012 — part of the service’s essential 55th Wing, the largest in the Air Combat Command. Corrigan retired in 2015, relocating to San Antonio with Shani; the couple is survived by two sons, both on active-duty.

Corrigan wasn’t just a loving and devoted husband, but an exceptional officer: Air Force veterans who served under him remember a superintendent who saw his fellow airmen not as subordinates, but family.

“Chief Corrigan was one of those few leaders who really got to know his people,” Staff Sgt. Bethany Keirans, an Air Force veteran who was stationed at Offutt from 2011 to 2015, told Task & Purpose. “He’d remember exactly what his airmen and NCOs were going through; he’d stop by your unit and ask, ‘Hey, how’s it going, how’s your kid?’ He cared about our personal lives and not just our professional lives … He cared about the whole person, which in today’s Air Force is extremely rare.”

Corrigan “always knew the personal stuff,” Sgt. Christie Schlattweiler told Task & Purpose. “He wasn’t a bigwig macho chief. He was a soft-spoken, but a strong and well-spoken, leader. People of all ranks respected him.”

Corrigan’s paternal nature stood out to his airmen, but his job was a serious one. The 55th Wing has maintained continuous operations in the Middle East and North Africa since Operation Desert Storm, enduring a steadily increasing operational tempo in recent years. As the highest-ranking NCO for the 55th MDG, Corrigan oversaw outpatient services and ancillary care at Offutt for the 55th Wing, as well as for U.S. Strategic Command, arbiter of the Department of Defense’s strategic deterrence, surveillance, cyber and global strike capabilities.

Corrigan’s devotion to his airmen never wavered: Offutt wasn’t another cog in the DoD’s machine, but his home — and his fellow airmen were family.

“I did a deployment to Bahrain while he was superintendent, and though I never saw combat, I had my two-year-old son at home with my parents,” Keirans recalled, her voice wavering. “He made sure my son was OK, that my family had everything they needed. He just genuinely cared.”

“It spoke volumes to his cachet for the lower NCOs,” she added. “The job is hard, but bad leadership only makes it harder. He made everyone feel like they had a place.”

Corrigan’s service to his country is a stark contrast to Kelley’s troubled past. The 26-year-old joined the Air Force in 2010, serving in logistics readiness at Holloman Air Force Base in New Mexico until he was court-martialed under Article 128 of the UCMJ in 2012 for assaulting his wife and child, according to Air Force spokeswoman Ann Stefanek. “He assaulted his stepson severely enough that he fractured his skull, and he also assaulted his wife,” retired Col. Don Christensen, former Air Force chief prosecutor, told the New York Times. “He pled to intentionally doing it.”

After a year of confinement and a reduction in rank to E-1, Kelley was given a bad-conduct discharge from the branch. According to law enforcement officials, he allegedly targeted the Sutherland Springs church because the mother of his second wife, whom he had previously threatened in text messages and phone calls as part of  “a domestic situation going on within the family-in-laws,” attended services there. Several former girlfriends of Kelley’s, in interviews with NBC News, described a pattern of stalking and harassment that began before he graduated New Braunfels High School in 2009 and joined the armed forces.

Among the more alarming behaviors detailed in public records was a 2014 animal cruelty charge while Kelley lived in Colorado Springs, Colorado. “The suspect then started beating on the dog with both fists, punching it in the head and chest,” the police report said, per NBC News. “He could hear the suspect yelling at the dog and while he was striking it, the dog was yelping and whining. The suspect then picked up the dog by the neck into the air and threw it onto the ground and then drug him away to lot 60.”

In the 24 hours since the attack, law enforcement officials are still working to determine the circumstances that led up the fateful massacre at the Baptist church in Sutherland Springs. But for many in the military and veterans concerned about the media latching on to the trope of the deranged vet, Chief Master Sgt. Robert Corrigan is one former airman who died on Nov. 5 who’s actually worth America’s attention.

Just over a year ago, the Corrigans gathered at First Baptist for a memorial service for their son Forrest, who passed away on Nov. 26, 2016 in Floresville, Texas, just shy of his 26th birthday. “This is a time in our lives where tragedy steps in and death tries to step in and make its hold, and we have to stop, and our hearts are broken,” Pastor Frank Pomeroy told the assembled parishioners, “But it’s friends and family coming together through the help of the lord, the strength of the lord, that those that are left behind can continue on.”

Pomeroy’s 14-year-old daughter was also murdered Sunday, in the same barrage of bullets that killed the Corrigans.