The Military Needs To Promote Innovation From Within, Not Import It From The Private Sector

In a May interview with the Washington Post, retired Gen. Stanley McChrystal recommended the military place corporate superstars into military... 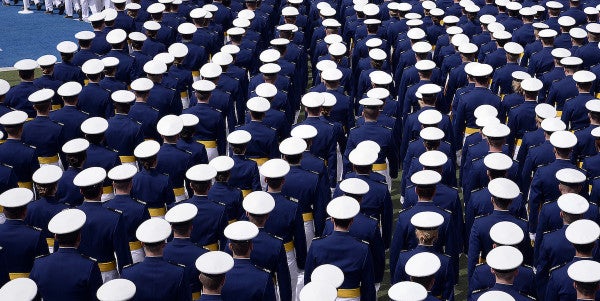 In a May interview with the Washington Post, retired Gen. Stanley McChrystal recommended the military place corporate superstars into military positions of authority. Similar ideas have been presented that apply this disruption to the lower ranks as well. Carl Forsling recommended giving junior officers the opportunity to take a sabbatical. These plans are good, but they don’t address how these scenarios would play out in the real world. For instance, would these business superstars leave after achieving what they came to do and take all of their expertise with them? How would you ensure that the junior officers would add value after their sabbatical?

The American military must focus on promoting an entrepreneurial mindset if it is to remain the greatest fighting force on the planet. Instead of lip service to disruption and innovation, officers with a fundamental understanding of entrepreneurship must be fostered from within.

I propose a different way forward: a call to action for current military senior leaders to turn some of their own junior officers into these corporate superstars. Junior officers should be encouraged to apply for a focused sabbatical at Fortune 500 companies, or better yet, startup companies. In this role, officers could receive training in the private sector, then return to assist their commanders in taking disruptive and innovative action within the local organization. Ultimately, these young innovative officers could one day become commanders themselves and bring their innovative mindsets to higher positions.

As an example of this effectiveness, elite special operations teams have the ability of becoming experts in local cultures and learning the grassroots style of how to live, work, and fight in foreign and austere environments. This mindset works because disruptive, creative ideas are combined with a fundamental understanding of how to execute irregular warfare. McChrystal’s idea lacks this second fundamental truth and is reminiscent of when John Sculley was appointed chief executive officer of Apple.

Sculley was the CEO of PepsiCo and an expert marketer. He was brought on as an outsider who could help Apple sell computers. Unfortunately, he did not have the ability or background to guide Apple in creating products that customers actually wanted to buy. During this time, Steve Jobs left Apple and became the CEO of his own startup called NeXT. Having a fundamental understanding of how Apple should work, Jobs returned to end Apple’s product confusion and make the company profitable again. Scully could not do it alone because he did not understand the computer business. Similarly, in a system where junior officers could train in the private sector, they would have the ability of modeling Jobs’ approach as they returned to the service and rose up through the ranks.

We currently send our best and brightest fighter pilots to fighter weapons school, a six-month intensive crash course in fighter tactics. The best fighter pilots in the world come out of this school and bring their heightened tactical knowledge to squadrons around the combat Air Force. Similarly, we need other junior officers to spend six to twelve months at a startup so that they can bring their disruptive, entrepreneurial mindsets to everyday units. These officers could shadow the company’s top executives and then return to fighter squadrons and other units throughout all five branches of the military. This would put a trusted agent who received disruptive training outside of the traditional military system at the fingertips of the commander. This type of sabbatical could also improve retention rates and keep junior officers in the service longer.

If the Pentagon wants to truly focus on innovation and disruption, then McChrystal’s ideas are a good start. But future leaders should also be exposed to those corporate leaders in their own environment. This combination of change could foster a more sustainable change in military culture.