This year’s presidential campaign saw women’s issues at the forefront, both in Hillary Clinton’s historic candidacy and in the controversies... 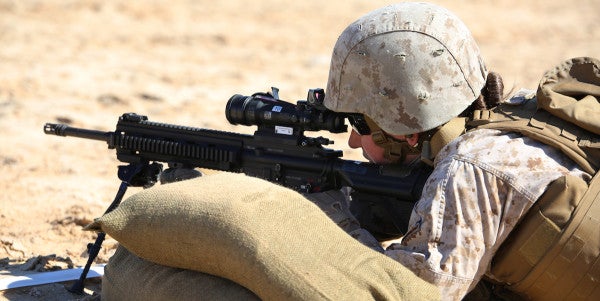 This year’s presidential campaign saw women’s issues at the forefront, both in Hillary Clinton’s historic candidacy and in the controversies and allegations surrounding Donald Trump’s past treatment of women. For military women, Trump’s unexpected victory on election night poses major concerns; in the past, Trump has been a vocal opponent of combat integration, and has made controversial comments about the issue of military sexual assault. However, despite his past statements, as our next president, Trump must recognize the complex array of issues that servicewomen and female veterans now face if the fight for gender equality in the military is to continue.

First, the Trump administration must resist pressure to reverse the policy allowing women into all combat jobs; this would not only set women back decades, but also severely impacts mission effectiveness and national security.

Rather than rolling back policies that have already been implemented, Trump and his cabinet should look to further empower servicewomen and female veterans, who face a complex array of issues that simply do not apply to the military and veteran population writ large, including gender bias, career roadblocks, harassment, and discrimination. Women make up 10% of the veteran population and 16% of the total military force; yet, their needs often get lost in the bigger picture of military culture. In a recent survey, 72% of servicewomen polled felt that they had fewer career opportunities than their male counterparts, and 50% reported that they faced harassment, marginalization, or discrimination in the military.

U.S. Army Sgt. Ashley Hort keeps her weapon at the ready as she provides security for her fellow soldiers during a raid in Al Haswah, Iraq, on March 21, 2007.DoD photo by Spc. Olanrewaju Akinwunmi

Perhaps most well known is the threat of military sexual assault. As many as one in five military women experience sexual harassment or assault, which often results in military sexual trauma. They also face lesser-known difficulties such as poor or ill-fitting uniforms and protective equipment. Further, service women are more likely to be married to other service members or be single parents and often bear a disproportionate burden for coordinating childcare and medical needs while also juggling deployment and training requirements. Military family care policies simply do not adequately ensure family care requirements and the career needs of service women are addressed. These are issues where the Trump administration could have real positive impact and contribute to Trump’s vision of rebuilding our military.

Related: The Consequences Of Gender Segregation In Marine Boot Camp »

The Trump Administration could also drive change for women within the Department of Veterans Affairs. Once they leave the service, female veterans continue to face distinct challenges. Due to the lack of public awareness and respect for their service, these women often feel very alone in their own military and veteran communities.

Despite the number of veteran women requiring specialized care for military sexual trauma, only 42% of veteran women feel satisfied with the VA screening process for the condition. Additionally, a third of VA medical centers lack OB/GYN centers, so women often don’t have access to gender-specific care like breast exams and prenatal care. Most VA centers do not have child care facilities, which means that women also face a disproportionate struggle to balance work, family, and their own medical care.

Most significantly, when it comes to the transition back to civilian life, women can struggle with feelings of invisibility and suffer from a lack of community. They report feeling unnoticed or under-appreciated by a public that does not equate women with military service.

The election of high-profile female veteran politicians like soon-to-be Illinois Sen. Tammy Duckworth and Iowa Sen. Joni Ernst has helped change perceptions around what a veteran looks like. Having a better appreciation for the increasingly important role women play in our national security will lead to greater recognition of their achievements and better policies and support services to eliminate obstacles to their success.

However, changing perception is only part of the solution: Trump must ensure that servicewomen and female veterans can access the support and services they need to overcome the unique challenges they face.

Servicewomen, past and present, made the commitment to defend their country, despite the risk that they would confront sexism, discrimination, victimization, and bias. Their struggles, sacrifices, and successes must not pass unnoticed or unaddressed in 2017.

Lydia Turnage is a student at Georgetown University. She currently works for the Service Women's Action Network and is a triplet, with a brother in the Air Force Reserves.